Bugatti vehicles have come in many shapes and sizes over the years but one thing that unites all the cars under this brand is their pedigree as a sports super car. Organisers of the AXA National Classic Car show, The RIAC, announced that there will be a quite unique early 1920s Bugatti Brescia on display at the show, which is taking place in the RDS Simmonscourt on March 5-6. 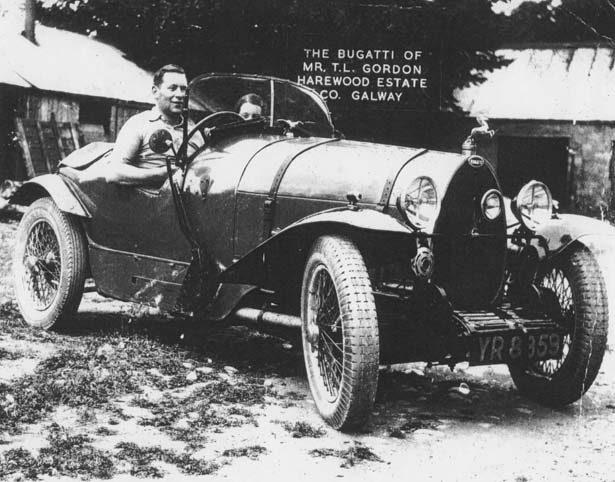 Bob Montgomery, Show Director, said: “This car has been in several Irish hands over the years. Wilf Fitzsimmons, who competed in hill climb races in the car while at Trinity College, preceded the famous Irish composer Brien Boydell as owner of this stunning vehicle. In fact at one of the recent Phoenix Park motor races the present owner of the car, Bill Clarke, united these two men with the vehicle they had both cherished.”

“The car’s exceptional engineering and design made it a super car of its time. Something that the more modern Bugattis have continued to represent.”

Italian-born Ettore Bugatti founded the company that bears his name in 1909 in the Alsace region of what is now France but which from 1871 to 1919 was part of Germany. The company was known both for the excellence of its engineering and for the artistic influence of its designs, which can be attributed to Ettore’s father, Carlo Bugatti, who was a famous Art Nouveau furniture and jewellery designer.

The Bugatti Brescia on display at the RDS can trace its origins to a car that was originally designed in 1914 known as the Type 13. At the outbreak of World War One, Ettore Bugatti took two completed models to Italy and buried a further three near the factory which he recovered and rebuilt when hostilities had ceased.

The newly assembled cars, despite having been in mothballs for several years, proved formidable on the racing circuit. The Type 13 Bugatti is credited with establishing the credibility of the Marque on the world stage when four of the cars placed first, second, third and fourth at the Brescia Grand Prix in 1921. All subsequent 4-valve Bugatti models would bear the Brescia moniker.
Bugatti capitalised on the racing success of the Type 13 Brescia with the full-production Tourer version. It was the first ever full production multi-valve car ever made.

Bob Montgomery said: “This is an extremely rare classic car and to see it in the flesh is a privilege. Beautifully designed, the Brescia is a must-see work of art. Bugatti as a brand, despite going out of business in the 1960s, was synonymous excellent engineering and design. This was the reason that Volkswagen bought the right to the Bugatti brand name so it could build the Veyron to match the marque’s spectacular brand values.”

For spectacular displays of truly amazing classic cars and entertainment for all the family, visit the AXA National Classic Car Show on Saturday 5th and Sunday 6th of March 2016, 10am–6pm each day.