This article is the first of a new series written to assist the workshop technician in developing an understanding of automotive air conditioning systems.

Before looking in-depth at air conditioning systems we need to understand several basic points of physics: 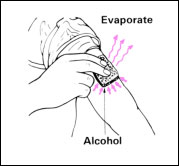 The flow of heat
Simply put, heat travels from a hot to a cold object. If two items of differing temperature are placed next to each other heat energy stored in the hotter item will travel to the colder item. Think about holding an ice cube in our hand, the heat energy from our hand is transmitted into the ice cube. We can view this as the ice cube melts, and we can feel this as our hand gets colder, losing some of its heat energy to the ice cube.

The 3 states of matter
No prizes for guessing what they are! Matter can exist in three main states – solid, liquid and gas. Im sure youve heard these mentioned many times before. In this instance the matter that we are going to investigate further is water.

Let us imagine what processes need to occur for water to evolve into the above three states. 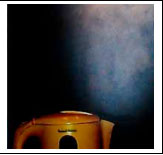 Temperature
If we increase the temperature of a liquid it will eventually become a gas. Equally, if we reduce the temperature of a gas, it will eventually become a liquid. Heat up water and it boils becoming a gas, cool down a gas and it will condense becoming a liquid. A boiling kettle could demonstrate this. Steam (or gas) will exit the spout. If we place a cold mirror in the steam it would lose some energy to the mirror, and the vapour or gas would condense and become liquid again in the form of water.

Pressure
If we increase the pressure of a gas, the molecules will be closer together. The higher the pressure, the closer they will be. If we increase the pressure sufficiently the molecules will be so close together that they will merge. The more molecules to merge the bigger the groups will become. Eventually the groups of molecules will be so large that they will be visible in the form of droplets. Once the droplets all join together we could describe them as a liquid. Inversely if we reduce the pressure applied to the liquid, the reverse will occur. The molecules will spread further apart until there is nothing holding them together and they are totally free to roam. Once the molecules are able to roam freely they have become a gas.
Evaporation and condensation
When evaporation occurs, heat energy will be absorbed from the surrounding area. When condensation occurs heat will be given off to the surrounding area. Appreciating what happens when we sweat can assist in remembering this final key principle. We sweat to place a liquid on the surface of our skin. As the liquid absorbs heat energy it turns into a gas it evaporates. During the process of evaporation, energy is absorbed from our body, causing us to cool down. Consider what happens when a liquid such as neat alcohol or brake cleaner is placed on our skin. The temperature of that liquid may be at room temperature but to us it feels especially cold why? Because the liquid readily evaporates. It is the process of evaporation absorbing energy from our skin that makes us feel cold at the point of contact The faster the liquid evaporates, the quicker the energy is removed from our body, and the colder the sensation we feel.