The first 9 winners of the Auto Trade EXPO mug competition, which has been running at Garages, Motor Factors, Tyreshops and Bodyshops around the country have been announced. 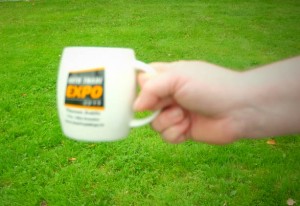 Over the past number of weeks the Auto Trade Cruiser been visiting Garages, Motor Factors, Tyreshops and Bodyshops around the country spreading the word about the forthcoming Auto Trade EXPO, which takes place at Citywest Exhibition Centre, Dublin this weekend.

Each premises visited received Auto Trade EXPO for their customers. To be in with a chance of winning an Auto Trade EXPO and Beanie hat, all the customer had to do was fill in a competition registration form and return it to Automotive Publications or where they got the form originally.