Autoelectro, the Bradford based remanufacturer and supplier of starter motors and alternators, is now listed on TecDoc which is the most widely used automotive cataloguing system in Europe.

Managing Director Tony Bhogal commented that this was a significant investment by Autoelectro and a major milestone in the progression of the company. Autoelectro is now the largest British owned company in its sector of the market in the UK, being established and continually trading since 1986.

Bhogal added that the listing would provide a springboard to expand out into Europe giving European companies access to its massive stocks and range. 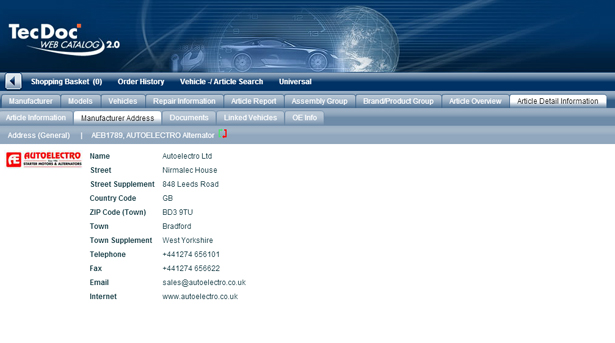