In its new 2015 calendar Passion 2015, Spies Hecker presents rare vehicles from eight countries, bringing the refinish brand simply closer to its customers around the world.

To make sure the 2015 calendar was better than ever, the Spies Hecker team visited bodyshops in Belgium, the Czech Republic, Finland, Germany, the Netherlands, Portugal, Switzerland and the UK to get the most exciting images possible. 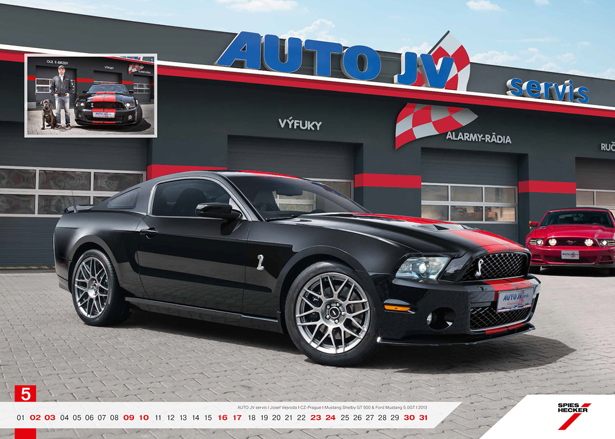 One of the highlights of the Passion 2015 calendar is the very rare NSU TT Kohlmus Scirocco, of which only a handful still exist in the world. And the oldest vehicle included in the calendar – a BMW 328 – was built in 1939. The calendar also features an immaculately restored 1962 Morris Minor from the Czech town of Varnsdorf. A Dodge Deluxe four-door Sedan with two-tone paintwork in dark- and light-blue is another calendar highlight.

“Many of our customers from all over Europe submitted amazing vehicles that they had worked on with passion, so deciding which ones to include in the calendar was not easy,” says Joachim Hinz, Spies Hecker Brand Manager for Europe, the Middle East and Africa. The geographical origins of the wide range vehicles are also surprising. There is a German Corvette as well as an English Mercedes and a Finish Austin Mini.

“But however much the vehicles shown in the calendar may differ, they all have one thing in common: they have been refinished with loving attention-to-detail and highly-skilled craftsmanship. The calendar’s pages clearly show how passionately refinishers around the world work with Spies Hecker products,” Hinz points out.