A recent study by UK leasing firm Crusader Vans shows that black and silver vehicles are depreciating faster than yellow and orange vehicles.

As well as looking at how your colour affects the value of your car over time, Crusader Vans has looked at the British aftermarket, along with sales data to find the most costly modifications.

Often the colour of your car will come down to simply preference of just availability, but for many, it’s a key component in their purchase. The leasing company found figures that suggest the most valuable cars in terms of depreciation as well as the days they spend on the market on average.

Below is a table ranking the depreciation of car colours in terms of the percentage of their value dropping over three years. As you can see the cars that depreciate the quickest are beige, silver and black, with the more rare colours of orange and yellow losing value at a much slower rate. 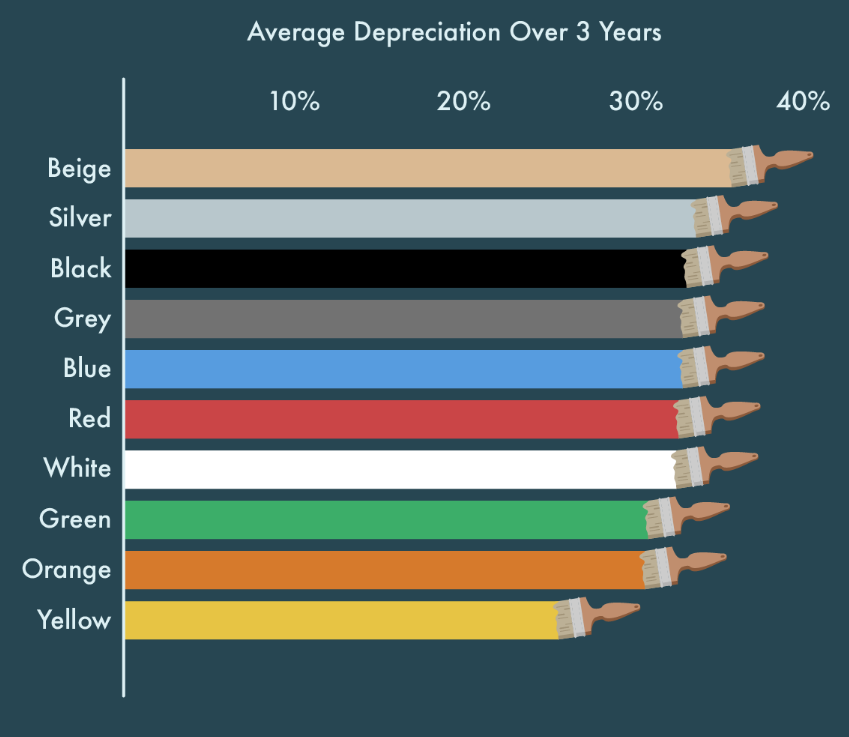 The average car stays on the market for just over 36 days, with some cars differing depending on their colour. Below are the average days spent on sale, with beige once again ranking the worst, followed by yellow. The vehicles getting snapped up quickest are grey, followed by white and black. 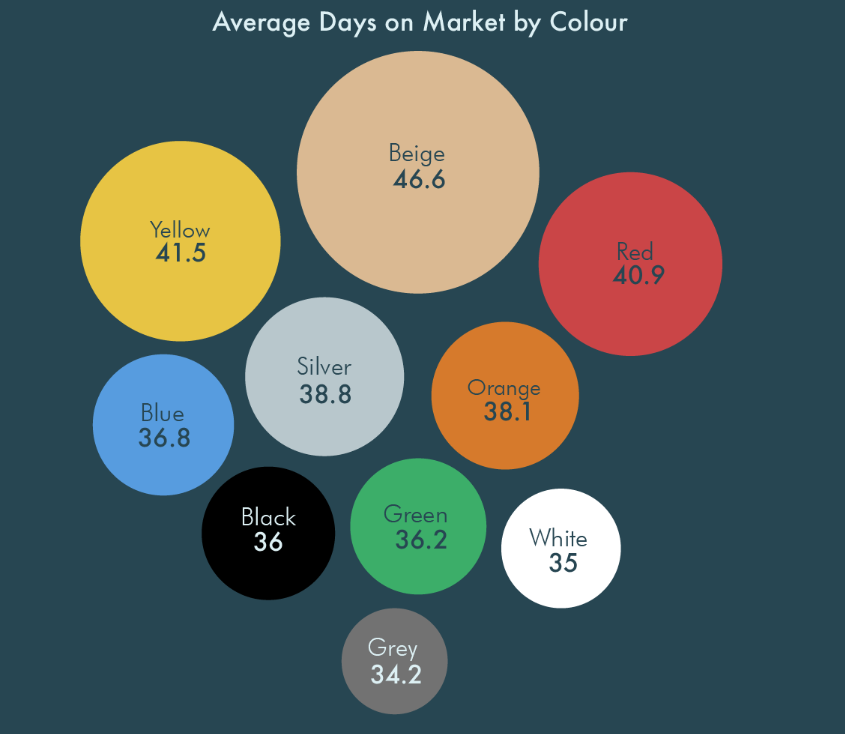 If you make an adjustment to your vehicle, it’s often mandatory that your insurer knows about it. Some mods cost very little such as dashcams and telematics boxes but can have a positive effect on your premium. As shown below, many mods will increase your premium, such as tinted windows and in-vehicle phone fitting. Below is the effect some mods have on your premium, according to several of Crusader’s data sources. 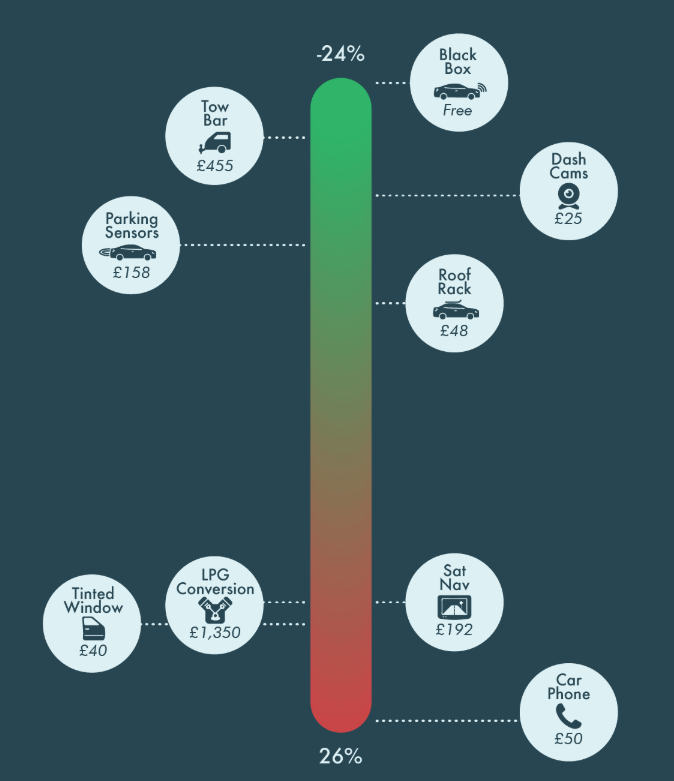