Fatigue and microsleep at the wheel are often the cause of serious accidents. However, the initial signs of fatigue can be detected before a critical situation arises, writes John Loughran.

Bosch Driver Drowsiness Detection can do this by monitoring steering movements and advising drivers to take a break in time. The required information is provided either by the car’s electric power steering system, or by the steering angle sensor, which is part of the car’s ESP® anti-skid system.

The feature can therefore be installed cost-effectively and helps further increase road safety. Bosch Driver Drowsiness Detection can be used in passenger cars and light commercial vehicles, and can also be integrated into various control units in vehicles. It was first introduced as a standard feature in 2010, in the new Volkswagen Passat. The latest model with the function is the new Passat Alltrack. 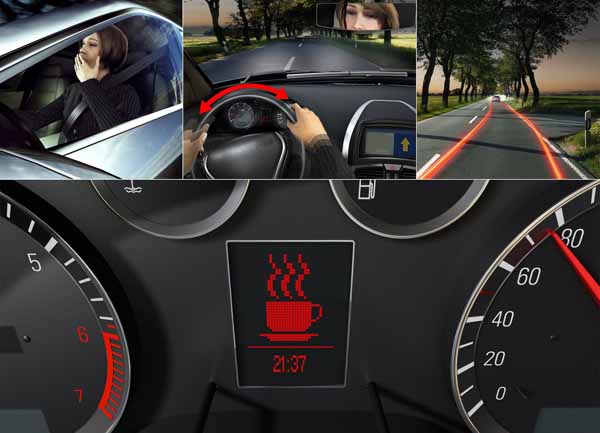 The influence of fatigue on accidents has been demonstrated in a number of studies. In 2010, the American Automobile Association (AAA) published an analysis based on the accident data collected by the National Highway Traffic Safety Administration (NHTSA) in the United States. The assessment showed that overtired drivers were at the wheel in 17 percent of all fatal accidents in the US.

Typical signs of waning concentration are phases during which the driver is barely steering, combined with slight, yet quick and abrupt steering movements to keep the car on track. Based on the frequency of these movements and other parameters, among them the length of a trip, use of turn signals, and the time of day, the function calculates the driver’s level of fatigue.

If that level exceeds a certain value, an icon such as a coffee cup flashes on the instrument panel to warn drivers that they need a rest. The Bosch Driver Drowsiness Detection function addresses an important aspect of the driver’s condition, and can thus contribute to improving road safety.