Bosch will premier its new haptic touchscreen, which has already been awarded a CES 2016 Innovation Award at the Consumer Electronics Show in Las Vegas in January.

The screen uses feedback to generate the sensation of real buttons by way of haptic feedback. 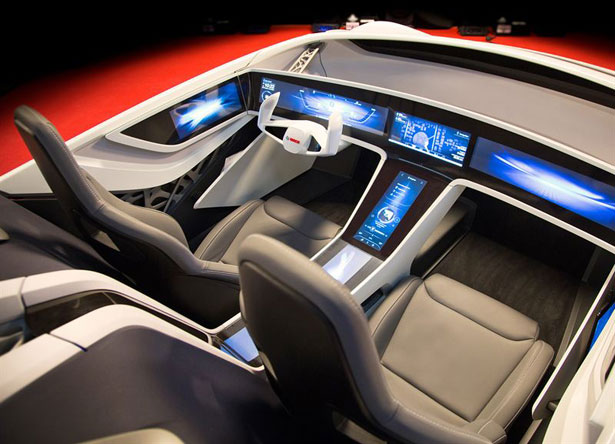 The Bosch booth in Las Vegas will also be offering a live, hands-on preview of automated driving and smart vehicle connectivity.

Bosch has received a CES 2016 Innovation Award in the In-Vehicle Audio/Video category for its new haptic touchscreen. The screen can generate different surface textures, allowing elements to be felt on the display. This haptic feedback makes it easier to operate infotainment applications such as navigation, radio, and smartphone functions. Often drivers will not even need to look at the information on the screen to control it – instead, they can keep their eyes on the road.

The screen generates the feel of rough, smooth, and patterned surfaces to indicate different buttons and functions. The touchscreen looks no different from an ordinary display – and yet it gives users the impression that they are pressing real buttons.

Bosch will be showing a car, which features a dashboard and central console that have been transformed into an electronic display. The information shown on the giant display changes depending on the vehicle’s surroundings. If a pedestrian approaches from the right, a lighting sequence is triggered to alert the driver. Drivers’ preferences as well as appointments in their diary are also taken into account. Drivers will be able to activate the autopilot to free up even more time and make their journey more relaxed.

With a connection to the smart home, the car will enable household functions such as heating or security systems to be operated at any time. The driver will be able to use it to access online services and smartphone apps, and control it using gestures and speech, just as if they were talking with a passenger. This will turn the car into the driver’s truly personal assistant.

Connectivity makes driver information more up to date than ever before. This is particularly important when it comes to drivers travelling the wrong-way. In general, it takes several minutes for radio stations to issue warnings over the airwaves, but a third of wrong-way driving incidents finish after just 500 metres. Bosch is currently developing a new cloud-based wrong-way driver alert that will let drivers know of any danger just ten seconds after it arises.

As a pure software module, it can be integrated at low cost into smartphone apps such as Bosch’s myDriveAssist or existing infotainment systems. In order to detect wrong-way driving, the cloud-based function compares actual, anonymised vehicle movement on freeways with the permitted direction of travel. If there is a discrepancy, wrong-way drivers are warned of their error in a matter of seconds. At the same time, nearby cars traveling in the opposite direction are alerted to the danger. Starting in 2016, the new function will be available as a cloud service.