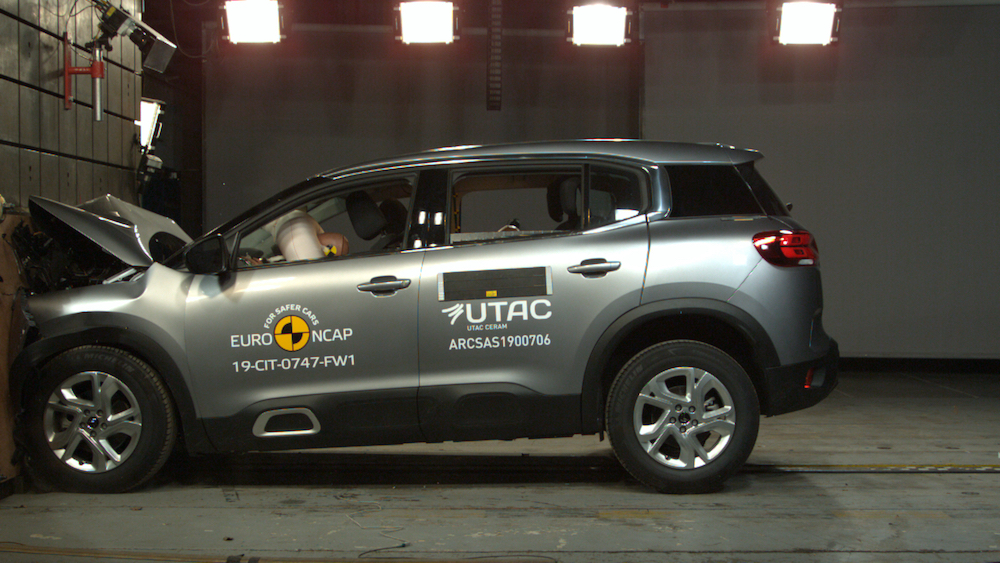 The C5 Aircross is the latest addition to Citroen‘s Aircross family of crossover compact SUV’s and replaces the C4 Aircross which stopped production in 2017. The C5 Aircross offers most safety equipment as standard, including a forward-looking camera to enable driver assist functions, and has achieved four stars in Euro NCAP safety tests. The rating increases to five stars with the optional ‘Safety+ Pack’ that adds a radar sensor to the camera to enhance the performance for ‘AEB City’, ‘AEB Inter-Urban’, ‘AEB Pedestrian’ and adds cyclist detection. The recommended Safety+ Pack is available in all markets and on all variants.

The new, second-generation Range Rover Evoque was revealed last year amid high anticipation. Even though the popular luxury SUV looks similar to the first-generation vehicle tested by Euro NCAP in 2011, it is fully new under the skin. In safety terms, particularly the progress made in the area of vulnerable road user protection, with the adoption of an active bonnet and AEB for pedestrian and cyclist detection, are noteworthy and significant for this category of vehicle. Matched by an equally solid performance in other areas, the Evoque earns five stars in the latest safety tests.

Both the C5 Aircross and the Evoque were tested as diesel models, but the ratings are also valid for other variants listed on Euro NCAP’s website.

Michiel van Ratingen, Secretary General of Euro NCAP commented: “These results show that car manufacturers are still keen and able to achieve the highest safety ratings. It is especially encouraging to see the continued widespread deployment and improvement of advanced technologies such as AEB and lane support.

“It is good news that some of the basic driver assist technologies will finally be mandated from 2022, but thankfully most vehicle manufacturers are already way ahead of the curve today.”