The campaign on quality initiated by the recently formed, Original Equipment Suppliers Aftermarket Association, (OESAA) is gathering momentum after attracting several more big names to its ranks, with the promise of ‘more to follow’.

Sixteen suppliers of OE components are now committed to taking the groups ‘Our Quality – Your Reputation’ message to the aftermarket. Federal-Mogul, Mahle, Corteco, Yuasa, Bosch and TMD Friction have all recently signed up to help increase awareness regarding the false portrayal of some components being sold as ‘OE quality’ to unsuspecting workshops, even though they have not been tested to the vehicle manufacturers’ exacting quality standards and are obviously not produced from comparable materials.

The group is about to launch a new advertising campaign following the success of the ‘horsemeat versus beef’ related launch at Manchester Mechanex in May. A constant stream of visitors compared a wide selection of OE components displayed next to their ‘matching quality’ equivalents and were dismayed by some of the more blatant examples which were described as ‘a betrayal of trust’ by one mechanic.

He said: “I always ask for OE quality parts, so if it looks good when I take it out of the box I will fit it – but it is only when you see them side-by-side that you can see that there is an obvious difference”.

Group Chairman Nigel Morgan, Managing Director of Schaeffler Automotive Aftermarket (UK) Ltd – owners of the LuK, INA & FAG brands, says that the only way to be certain that you are fitting OE quality components is to fit parts from brands that supply parts for original fitment.

Nigel said: “The overwhelming majority of components produced by the members of the group are destined for the vehicle manufacturers’ assembly lines.

“The fact is that we also supply these exact same parts to the aftermarket in our own boxes, so you know that they have been designed, manufactured and tested to the exact demands of the vehicle producer.

“We believe that the only ‘matching quality’ is OE, and that it does not make commercial sense to fit parts that you cannot be 100% certain of in terms of quality and reliability.
“And when you are talking about safety critical components it could be your customers’ lives at risk, not just your reputation”.

The group is currently working on enhancing its online presence at www.oe-suppliers.org with the addition of technical videos and literature for download. An improved stand is also being planned for Mechanex at Donington in September with a larger range of OE v Matching Quality product comparisons available for visitors to examine. 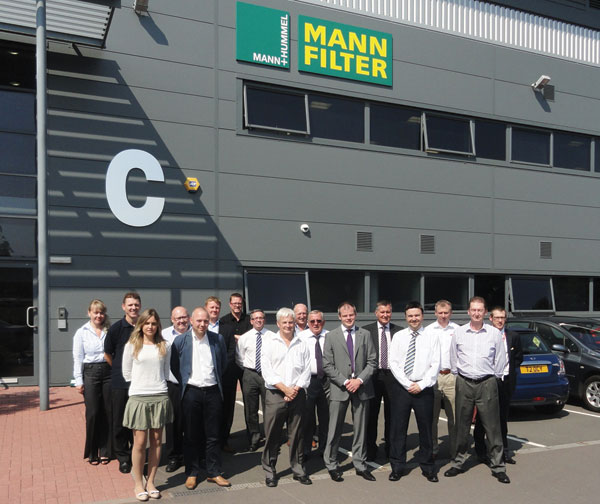 Representatives of the recently formed OESA