The theft of catalytic converters is one of the fastest rising crimes in England, with the number of devices being stolen rising six-fold in the last year, according to new research from CompareTheMarket.

Hybrid cars, in particular, have been targeted by thieves, because they produce lower emissions, so the precious metals are less corroded in their catalytic converters.

CompareTheMarket analysed police data which revealed London has the highest reports of catalytic converter thefts over a three-year period, and each individual year, with a total of 15,237 from 2017 to 2020.

Warrington has seen the biggest increase in catalytic converter thefts, with a jump from one theft in 2018/2019 to 28 thefts in 2019/2020, according to the research. 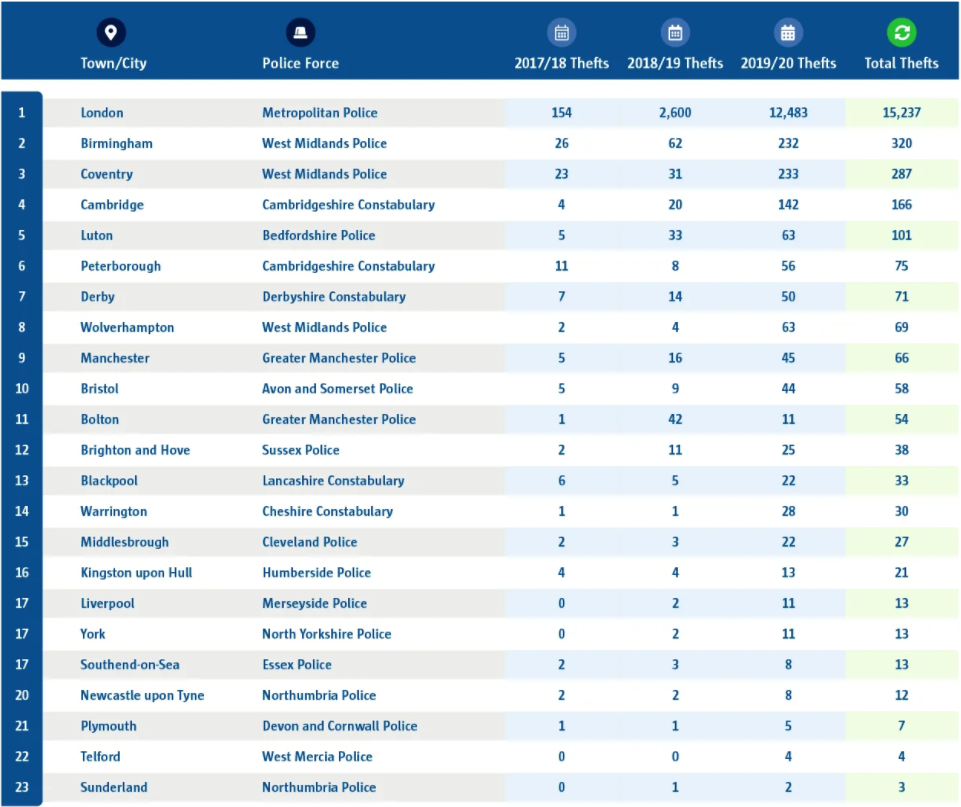