Every year the AXA National Classic Car Show, which is organised by the Royal Irish Automobile Club, turns up a vehicle that is so rare and extraordinary that it hasn’t been seen by motoring enthusiasts let alone the general public.  This year’s show which takes place at the RDS, Dublin at weekend is no exception. 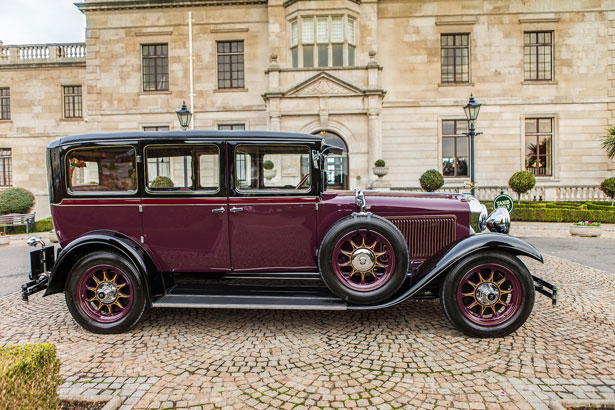 The Horch 351 is one such car. Only 21 were ever built in 1928 and there are only two known survivors in existence today. One of them was bought new by a Dublin butcher and the car has remained in Ireland ever since then. It will be on display at from March 5th-6th at the RDS in Dublin.

The Horch 351 looks like it should be parked outside Downton Abbey such is its beauty and elegance. Its 8 cylinder engine was based on a design by the famous Paul Daimler. This limited edition vehicle was considered to have a very modern design for its time with curved bodywork, elegant 2-tone paintwork and high-quality fabrics and accessories in the interior. It is a variant of the luxury Horch 350 and was only ever manufactured in 1928.

Bob Montgomery, Show Director, said: “We are very excited to have this car at the show. As far as I am aware there are only two of these left in the world today and this is in fact the sole right hand drive version making it truly unique. The first owner was Charles Caesar, a butcher of 40 Thomas Street in Dublin and very unusually for such a prestigious car, it has remained in Irish hands since it was first built.”

The  Horch factory in Zwickau, Germany, which manufactured the car was synonymous with the production of luxury cars in Germany. The company is the direct ancestor of the present day HYPERLINK “https://en.wikipedia.org/wiki/Audi”Audi company which was formed in 1932 when Horch merged with DKW, Wanderer and the historic Audi enterprise which August Horch founded in 1910.  Audi is the Latin translation of horch, which means ‘listen’ and was proposed by a son of Franz Fikentscher, one of his business partners from Zwickau. The brand was also the first manufacturer to introduce 8 cylinder engines into production.