Cromax has signed an agreement with Punch Powertrain Solar Team in Belgium to become one of the team’s Bronze Partners. Under the terms of the agreement, Cromax will supply the paint for the special solar car that a team of young students – the Punch Powertrain Solar Team – is designing and building. The brand’s logo will appear on the car, which will compete in the 2015 World Solar Challenge – regarded as the world championship for solar vehicles – in Australia this October. 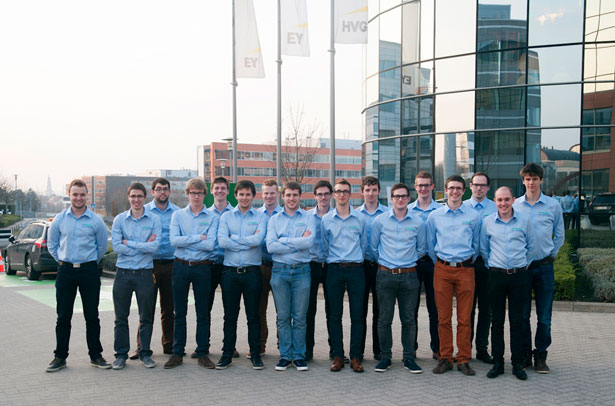 The team, which comprises 16 talented students studying electrical engineering and electro-mechanics at the University of Leuven, Belgium, is in the final stages of constructing the car. Meanwhile, Cromax has been working closely with the team leaders to create bespoke, eye-catching colour formulas of the team colours.

Dries Van den Bergh, Cromax Brand Manager EMEA, says, “We’re very excited to be supporting this young team of dynamic and ambitious students. Undertaking something like this, while still studying at university, is quite a feat, but we know the team will do a fantastic job in the World Challenge in Australia, especially on the back of coming third in the European Solar Challenge in October 2014 and third in the inaugural Abu Dhabi Solar Challenge in January.”

Karel Winderickx, PR & Events for Punch Powertrain Solar Team, says, “We’ve been competing in solar challenges since 2005, so this is the sixth car we’ve designed and built. Each one has pushed the development envelope a little bit more. So we are delighted to be working with a brand like Cromax. We share many values, not least of which is our love of innovation and our dedication to teamwork. We’ve still got a long way to go before the World Challenge later in the year, but with Cromax, along with our other partners, we feel up to the task. We can’t wait to see how the car looks once it is sprayed with the livery at its unveiling in August.”