Despite having won four of the five races so far this year, series leader Erik Holstein enjoyed just a ten point lead in the title standings, from 19 year old Alex Denning, the karting graduate the only other competitor to taste the bubbly thus far in 2019. This was mainly due to Denning grabbing a number of pole positions and fastest laps, both of which count for championship points.

Murray Motorsport had been hard at work though, and as soon as the 150bhp Fiestas left the pitlane in testing, it was obvious that Denning was setting the pace, but also that 2018 series champion Dave Maguire was very much back on the pace. So it proved in qualifying, with Denning setting a time half a second clear of anyone after just two laps, and spending the rest of the session sitting in the pitlane. Maguire was second, Holstein was third with Michael Cullen fourth ahead of a delighted Brian Flanagan in fifth. 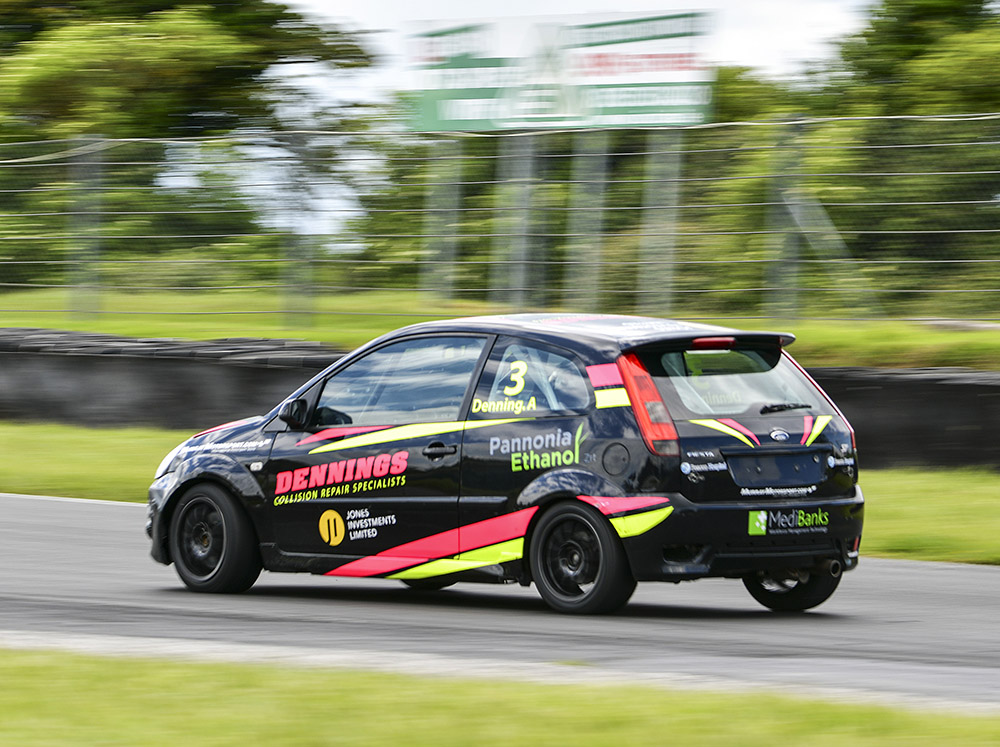 In the opening race, Denning made no mistakes to use his pace to take the win, usurping the fast starting Maguire and crossing the line two seconds ahead for his second win of the year. Holstein was boxed in on the run to turn one, and spent the entire race looking at the back of Cullen’s third placed Beacon Hospital liveried car, declaring himself unhappy with the brakes after the race.

With no pads available, Holstein spent his Saturday evening driving to Galway and back to procure a set and his Philip Wright Motors team fitted them in time for race two on Sunday morning.

With the top six, as ever, reversed for race two, Brian Flanagan and Gordon Kellett took up the front row, with Kellett immediately taking the lead, before ceding to a charging Cullen and then tangling with a feisty Maguire on the run to turn four. Denning was soon on the move though and closed in on team mate Cullen. Wary of the fact that title rival Holstein was closing them both down, the youngster grabbed the lead with a physical move into the final corner. To add insult in injury, Cullen was compromised by the move and Holstein pounced too, and headed off in pursuit of Denning.

Holstein inched closer to Denning but when he missed a gear exiting the Esses, all the work was undone. At the line, it was Denning, from Holstein, with a clearly incensed Cullen in third.

Race three was the one that had fans, teams and indeed drivers from other classes on their toes for the duration. Ross Barnes’ beautifully presented DCWR car took up pole position, courtesy of a fine sixth in race two, and he made no mistakes to lead the pack away when the lights went out. Holstein and Denning were on a charge once again, mugging Maguire into the Esses with Denning on the outside and Holstein on the inside as they charged towards the front. Cullen was second and gradually reeled in Barnes. This is where it got interesting as Barnes, belying his lack of experience, covered every move the former multiple champion made. As Cullen moved around to try and unsettle Barnes, Holstein, having shaken off Denning, reeled the pair in.

When Holstein’s first attempt to wrest second away from Cullen was unsuccessful, Denning immediately joined the pair and this is when it all kicked off. Denning and Holstein made contact at turn four with Holstein being spun through 180 degrees. Somehow, he rejoined without losing too much time and immediately displaced Maguire and Flanagan, around the outside at the final corner, before setting off after Denning- the body language of the car clearly showing that the blood was up! He caught Denning two laps later, annexing the position with a move that suggested he was in no mood to be trifled with, before passing Brendan Fitzgerald into the super fast turn five and chasing down the lead pair for a second time. To the groans of his fans in the stand, having not put a foot wrong all race long, Barnes missed a gear on the run out of turn one, allowing Cullen to sail by into the lead.

Holstein also displaced Barnes and set fastest lap while chasing down Cullen, the gap down to under a second as the duo reached the chequered flag. Barnes hung on for a hugely impressive third, from Fitzgerald, Maguire and Flanagan. Denning limped home in eighth, another over enthusiastic move, this time on Fitzgerald, having sent him through the gravel trap at the final corner.

Predictably, after all the fraught action, the officials requested camera footage from a number of the front runners and the race results, and championship standings, remain provisional as a result.

Rounds 9 and 10 of the Dennings Cars Fiesta ST Championship take place at  Mondello Park on July 13 and 14.

Dennings Cars, sponsors the 2019 Dennings Cars Fiesta ST Championship, is a premier independent bodyshop, carrying out all bodywork repairs on all makes and models, up to Transit van size. They are a family business, established by Pat Denning  in 1965. Today, John, Liam and Siobhan Denning run the various areas of the business.

Liam Denning of Dennings Cars said: “I am delighted to come on board this year and it is great to see big competitive grids. I am too busy with business to race much these days but am delighted to hand the baton to Alex as he makes his motor racing debut!” 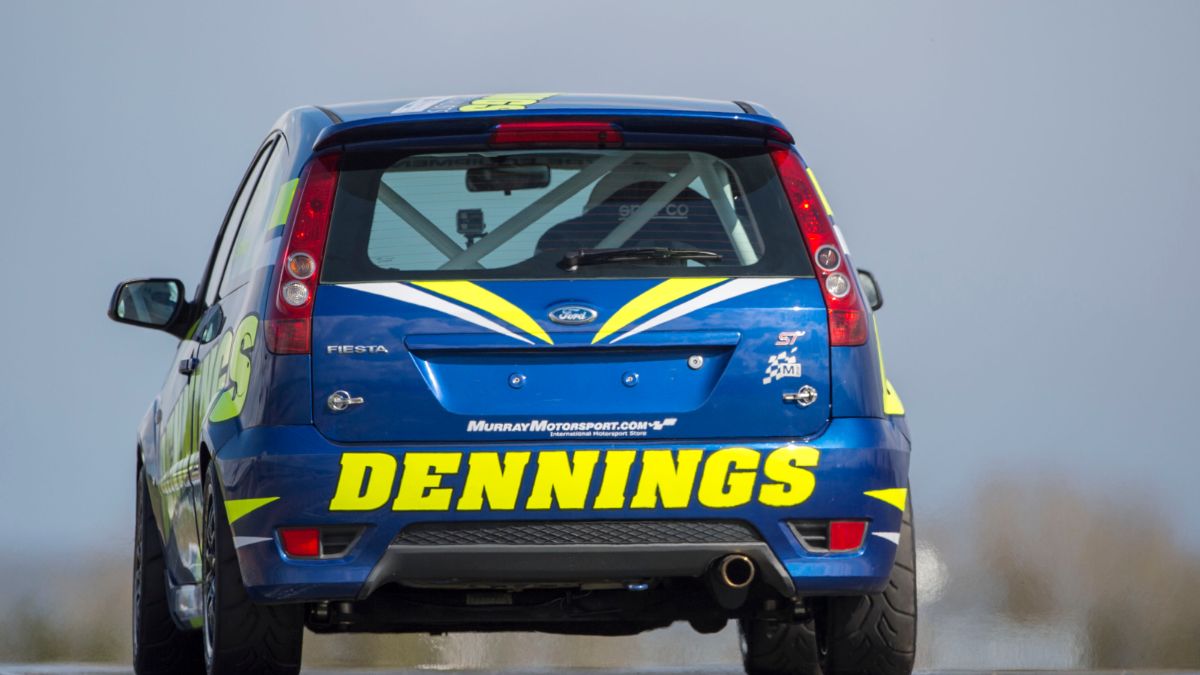