Draper Tools has expanded its welding range with the introduction of 16 new welders, two plasma cutters and a host of welding accessories.

The company says its new high-performance machines come in a variety of welding applications, with models suited to those who weld as a hobby and welding professionals alike.

Also available is a range of new accessories and consumables, such as torches, torch tips, shrouds, welding curtains and wires. 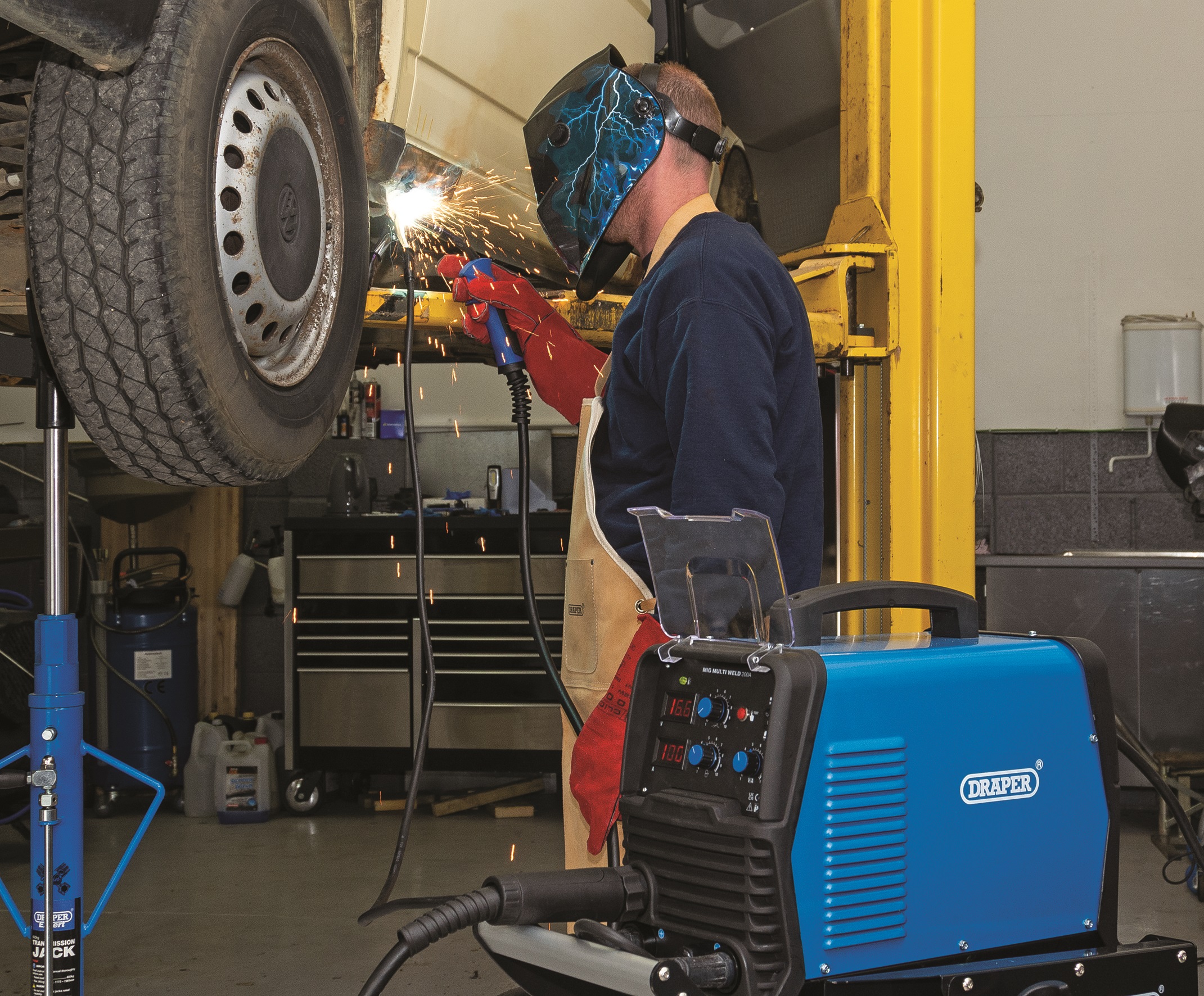 Draper Tools claims it has invested heavily in technology to ensure its new range of welders offer maximum performance.

Many of its welders are marked with DTi, meaning they feature additional ‘Digital Technology Inside’.

These machines have settings controlled digitally by micro-processors rather than analogue buttons. The result is a more intelligent machine, which can handle more settings and therefore offer more functions to the user.

DTi also provides high levels of control and precision, and a more stable signal – all of which results in a better performing machine and a smoother, faster weld.

Inverter models of welder can be just as powerful but significantly more efficient and, as a result, far smaller and easier to carry around.

Their efficiency means they are a more environmentally friendly option for the workshop too.