Although more than 90 per cent of the cars manufactured this year will feature start-stop technology, irrespective of whether the vehicles entering the typical independent workshop are fitted with a specific AGM/EFB start-stop, or traditional SLI battery, the main constituent is lead, which can be almost completely recycled.

As a well-established player, distributing prominent brands such as Varta, Lucas and Numax to wholesalers across the independent aftermarket, Ecobat Battery Technologies (EBT), formerly Manbat, has built its reputation by providing its customers with a level of service that reaches far beyond mere battery sales.

This means that as well as its unrivalled ability to supply wholesalers with the batteries they need, when they need them, the company is able to supplement this core duty with other support functions, to enable businesses to consistently grow their battery sales. Among these additional roles is to highlight the environmental responsibilities that affect both wholesalers and the independent workshop.

The growth in the number of start-stop equipped vehicles mentioned previously has been driven by the need for vehicle manufacturers (VMs) to reduce the emissions their vehicles produce in order to conform with current legislation from governments around the world, but what of the future and the apparent unstoppable force behind the move to all electric vehicles? 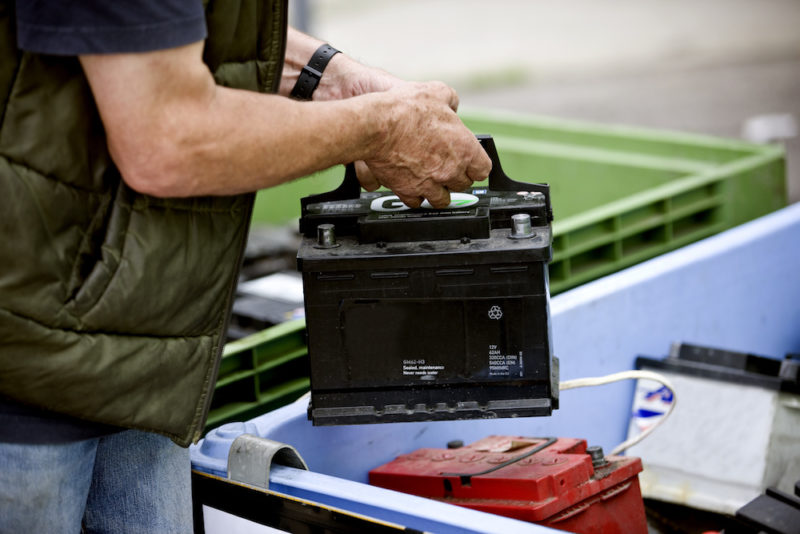 As can be seen from any consumer car magazine, VMs are gearing up for a significant increase in their electric vehicle production and they therefore anticipate the sales growth of these vehicles to continue. This move is in tune with many governments who are increasing their efforts to reduce carbon emissions and toxicity to levels far beyond what is achievable with even the most advanced internal combustion engine powered vehicle.

Although the use of lead-based batteries is expected to continue for the foreseeable feature, possibly in a dual battery format, even if the lack of infrastructure to charge electric vehicles acts as a temporary restraint, there is no doubt that the number of lithium-ion batteries fitted in these electric cars is set to increase and the product will play a greater role in powering the cars of the future.

As the volume of lithium-ion increases, so does the demand from the VMs, original equipment battery manufacturers (OEMs) and subsequently the aftermarket, for a competent service for the safe collection of used and damaged lithium-ion batteries. 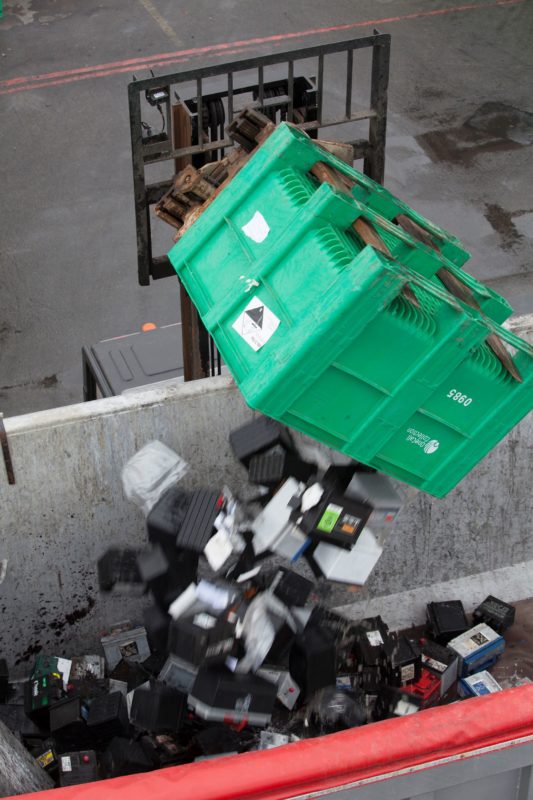 As intimated earlier, lead-based batteries can be almost completely recycled due to the fact that when dismantled, the three main elements can be efficiently processed. These include the sulphuric acid in the battery’s electrolyte, which is recycled into gypsum, the battery cases which are recycled into polypropylene and of course the lead, which is resmelted, to be supplied as lead strip, wire or shot and also as lead ingots to many of the world’s battery manufacturers.

There is therefore substantially more behind the Ecobat group than is generally known, so besides, EBT, Europe’s largest specialist battery distributor, through its Ecobat logistics arm, as well as being a leading collector of lead-acid batteries, it is also pioneering the gathering of used and damaged lithium-ion batteries with operations in Germany, France, Italy, Poland, Norway, and the UK. As a result, Ecobat is working with a number of leading OEMs to develop a suitable collection system. 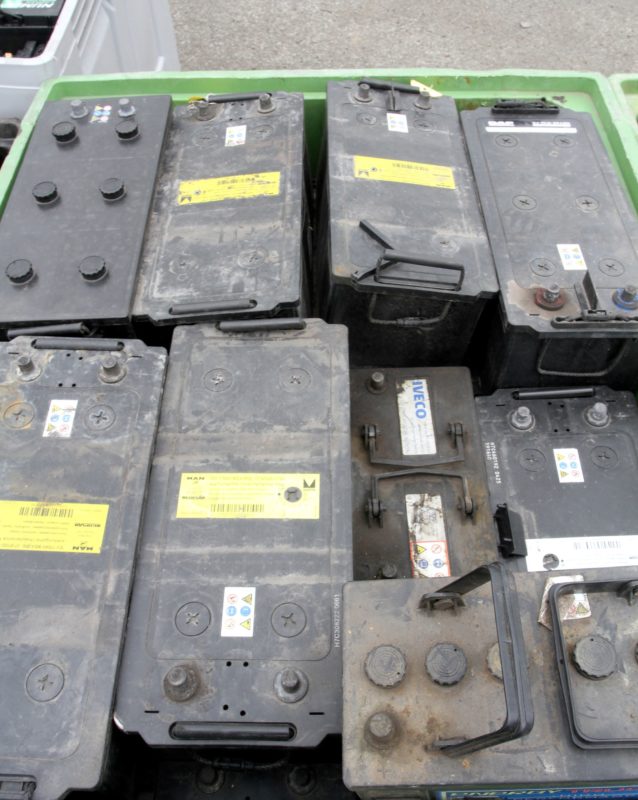 The ‘Source to Safe’ model offers a competent and reliable service and as an endorsement of its capabilities, Ecobat is one of the few companies in Germany that is legally permitted and certified to transport critically damaged lithium-ion batteries, under special conditions, having demonstrated that it has the physical equipment, processes and procedures, as well as the technical competence, to undertake this activity.

In the UK, through its Ecobat Logistics operation, Ecobat is the market leader for waste battery collection and has invested significantly to ensure it is able to offer a fully compliant lithium-ion battery collection service, including customer site visits by technical support staff, the completion of specific transportation risk assessments and guidance to ensure the lithium-ion batteries are appropriately packed before transporting them to a modern sorting facility.

When the lithium-ion batteries arrive at the group’s sorting area they are immediately placed into a holding zone (HZ), which is a concrete bunkered, sacrificial building with CCTV and thermal detection systems. Batteries will stay in the HZ until a dedicated lithium-ion team are able to sort and repack the material ready for onward shipping, to a facility where the materials will be processed, often through controlled incineration.

Investment in managing the end of life process for evolving battery technologies is just one aspect which sets the Ecobat group apart. It is not just the largest specialist battery supplier in Europe, which is of great benefit to the aftermarket, but it can also add significant extra value to battery manufacturing and end of life battery recovery, which serves the entire industry.