Enterprise Rent-A-Car Ireland, part of Enterprise Holdings has once again been named as the official car partner of the KBC Dublin Marathon for the sixth consecutive year as the event celebrates its 40th year.

The KBC Dublin Marathon is the fifth largest city marathon in Europe and is considered one of the leading marathons on a global scale, showcasing Dublin at its very best to an international audience.

A team of Enterprise Rent-A-Car employees will assist event organisers by providing a total of 40 vehicles for use during the marathon on Sunday, October 27. These include 12 hybrid lead pace cars to guide the runners around the 26-mile course, as well as six safety vehicles to transfer any casualties to the medical team facility, six stationary timing vehicles and 16 logistics vans.

The Enterprise team is also participating in a voluntary capacity with staff member, David Hudson, entering his 22nd year as a member of the Dublin Marathon Committee and joining the 1,485 stewards overseeing the event. 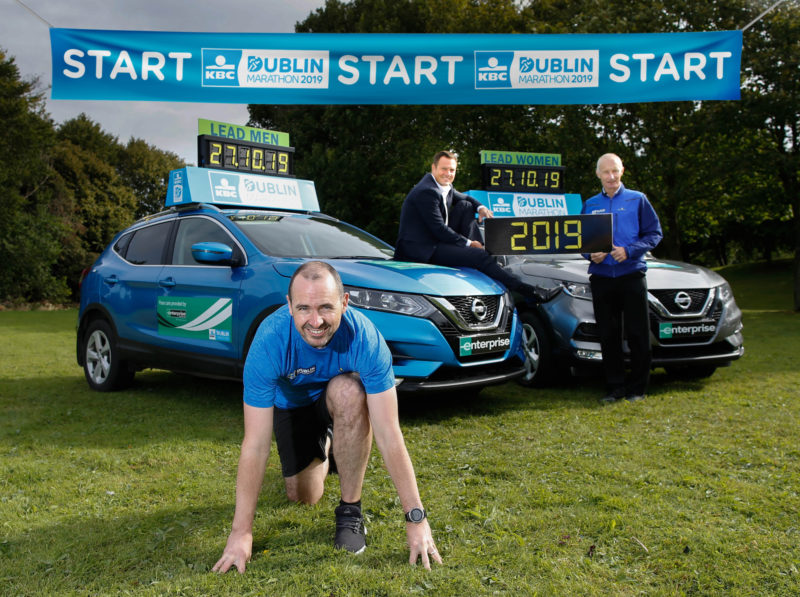 “We are extremely proud to be involved with the KBC Dublin Marathon again this year as the event celebrates its 40th anniversary.  For this iconic year, our involvement once again goes beyond the provision of vehicles and personnel as a number of our staff and business partners are running the marathon itself.” said George O’Connor, managing director, Enterprise Rent-A-Car Ireland.

JP Denker, head of Insurance and Replacement Division at Enterprise Rent-A-Car stated: “We are delighted to have a number of Enterprise staff members taking part in this year’s 40th marathon in Dublin. It’s a brilliant event that is hugely beneficial to Dublin and we are proud to fly the flag for Enterprise Rent-A-Car”.

Established in 1980, with a field of just 2,100 runners, the Dublin Marathon has grown year on year to become one of the key international city marathon events as it plays host to some of the biggest names in marathon running. For this year’s 40th anniversary event, the KBC Dublin Marathon will see the number of participants rise to 22,500 runners, the highest number since the inaugural event back in 1980.