Estate car sales in Ireland are on the increase with increased sales of 160 per cent since 2009 with further significant growth forecasted for 2014.

Škoda refers to estate cars as Combis, sales of which are also very much on the increase. The popular Octavia Combi has increased sales of 47 pe cent over the first six months of 2014 which also reflects the general growth in the segment. Displaying similar growth levels, the Superb Combi has sold 49 per cent more vehicles than the same period last year. 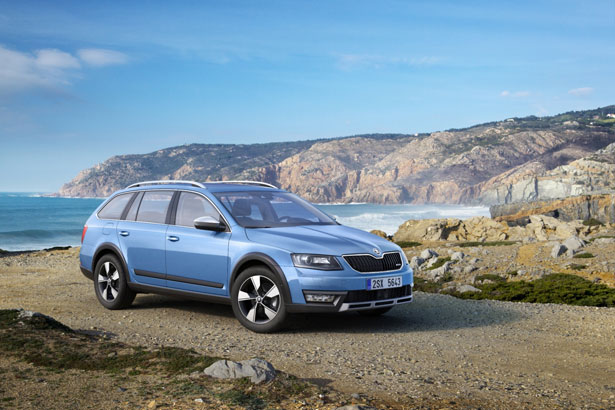 The Škoda Superb Combi (Estate) was recently awarded the most satisfying estate car to live with, according to owners in the latest Which? Car Survey with the car also topping the poll of the most searched for estate car on the Which? Website.

Ireland still has a long way to go to reach European levels as hatch and saloon models still account for the vast majority of sales with only 1 in 10 Octavias sold in Estate versions.

In countries such as Sweden, Germany and Italy, Octavia Combi vehicles form the majority of sales with up to 60 per cent of total sales compared to hatchbacks / saloons.

Commenting, Raymond Leddy, Head of Marketing & Product, Škoda Ireland said: “While Ireland is still behind the European trend, Combi sales are on the up. The main reasons for the increase in sales can be attributed to the fact that Estate vehicles have become much more attractive and stylish. Cost wise there is now little or no difference in CO2 and road taxes. There is also a large increase in outdoor activities – water sports and cycling especially which are accommodated by additional boot capacity and functional roof rails.”

The Škoda Octavia Combi starts from €19,995 increasing to €38,045 for the range topping performance 2.0 TSI 220bhp RS with DSG transmission.