Surpassing the current record of the most valuable car sold at auction, which was also set by Bonhams with the 1954 Mercedes-Benz W196 R F1 Racer that sold for $30-million (or €22,455,000) at Bonhams’ Goodwood Festival of Speed Auction last year, the Ferrari GTO had been the subject of intense international interest. 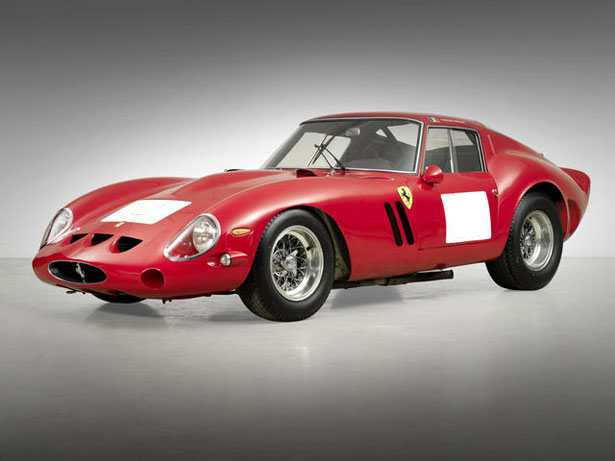 Bidders from around the world were in attendance in the audience and on the telephones. The auction pavilion was filled to total capacity with overflow on the lawns watching the happenings live on the numerous television screens. After the start of a passionate bidding war that at times resembled a tennis match, complete with moments of silence interrupted by cheers, the audience erupted in applause when the fall of the gavel confirmed the final price.

Robert Brooks, Chairman of Bonhams told us, “It’s been a genuine privilege to represent this outstanding car and we are absolutely delighted with today’s results. We’ve always maintained that we would exceed the current world record and that the car would bring between $30-$40-million and today the GTO did just that.”

Demonstrating the confidence in the collector car market and the strength of the Ferrari brand, today’s new world record also reaffirms Bonhams’ position as one of the world’s leading auctioneers of rare and important motorcars.

Other cars from the very special Maranello Rosso Collection of ten important Ferraris also sold extremely well for a combined total $65,945,000 (or €49,359,559).

Today promises to be another extraordinary day as Bonhams hosts the second day of its two-day auction at Quail Lodge. Another 107 exquisite automobiles of numerous British, European and American makes and models and every vintage will cross the auction block starting at 11:00am (7pm local time).

If you have some spare change burning a hole in your pocket or indeed if you just want to do some wheel kicking, details of this historic two-day car auction can be found at: www.Bonhams.com/Quail