A number of luxury sports carshave been destroyed by fire at a repair centre in the English West Midlands.

Ten cars in the repair workshop including two Porsches and two TVRs were totally destroyed by a serious fire at Central Sports Cars in the town of Stourbridge. A further eight cars were saved by staff and the firefighters. The value of cars destroyed is estimated at £600,000. 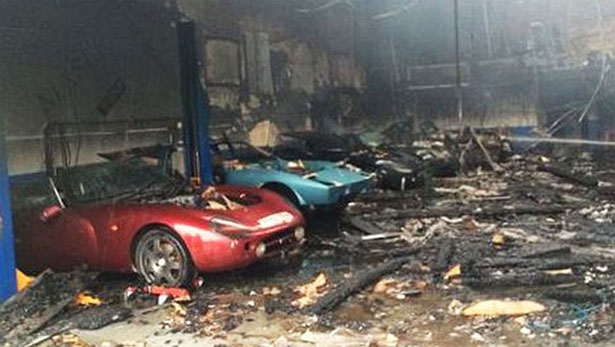 Eight fire crews from the West Midlands Fire Service, with over 30 firefighters battled to contain the serious fire which stated after 4pm on Thursday. It took until close to 8pm to bring it fully under control.
The fire is not being treated as suspicious and thankfully nobody was hurt during this serious incident.