The international Automechanika Body & Paint World Championships were kicked off successfully in Birmingham in June. Anthony Fryett from Autostyl in Cornwall won the first stage of the competition with an elaborately designed car hood, making him the first person to qualify for the grand finale at Automechanika Frankfurt from September 8-12, 2020. 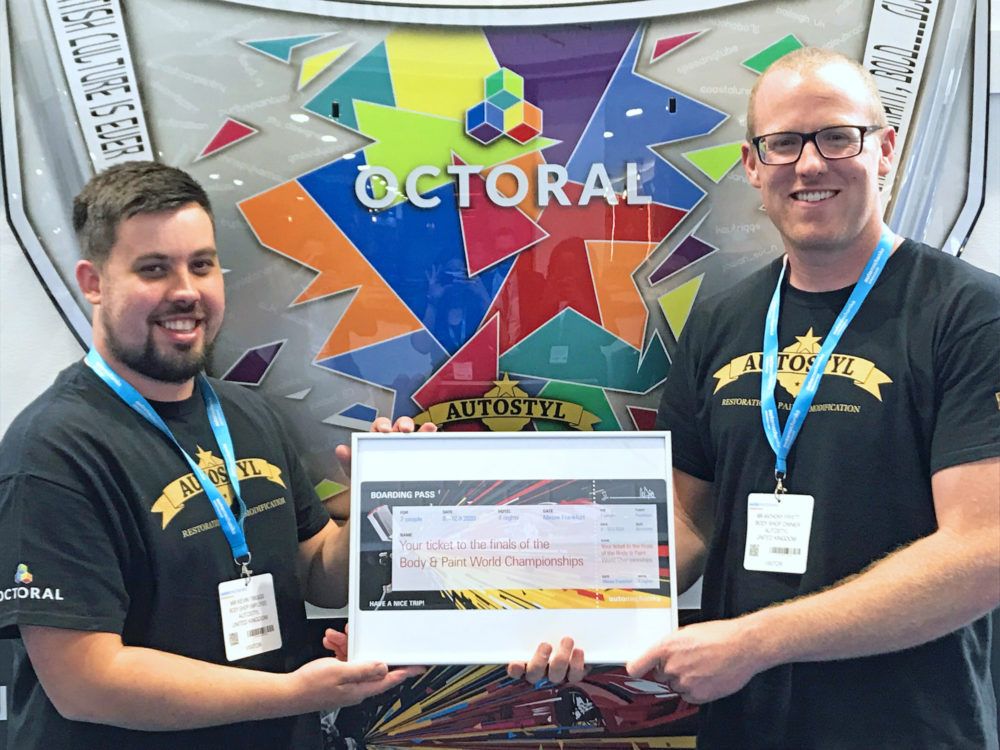 Fryett and the other competitors were each called upon to create an elaborately designed car hood in a design inspired by the host nation, the United Kingdom. The competition was supported by the sponsors Octoral, DeBeer Refinish and SATA. The result: a gallery of extremely diverse artworks on car hoods that ranged from a Union Jack flag and a visualisation of Brexit to a poppy commemorating victims of the First World War. The hoods were exhibited in the new Body & Paint Zone of Automechanika Birmingham and judged by a panel of experts. Visitors to the fair also had the chance to vote for a people’s choice winner.

Fryett spent some 100 hours working on the design that won the panel’s approval. The hood bore a very clear message: “British culture is ever changing! We are colourful, vibrant, bold…global!” His colourful motif was created from geometric shapes. As his work progressed, Fryett posted pictures of it on his Instagram channel, and his subscribers were impressed with what they saw – he even immortalised some of their names on the hood. 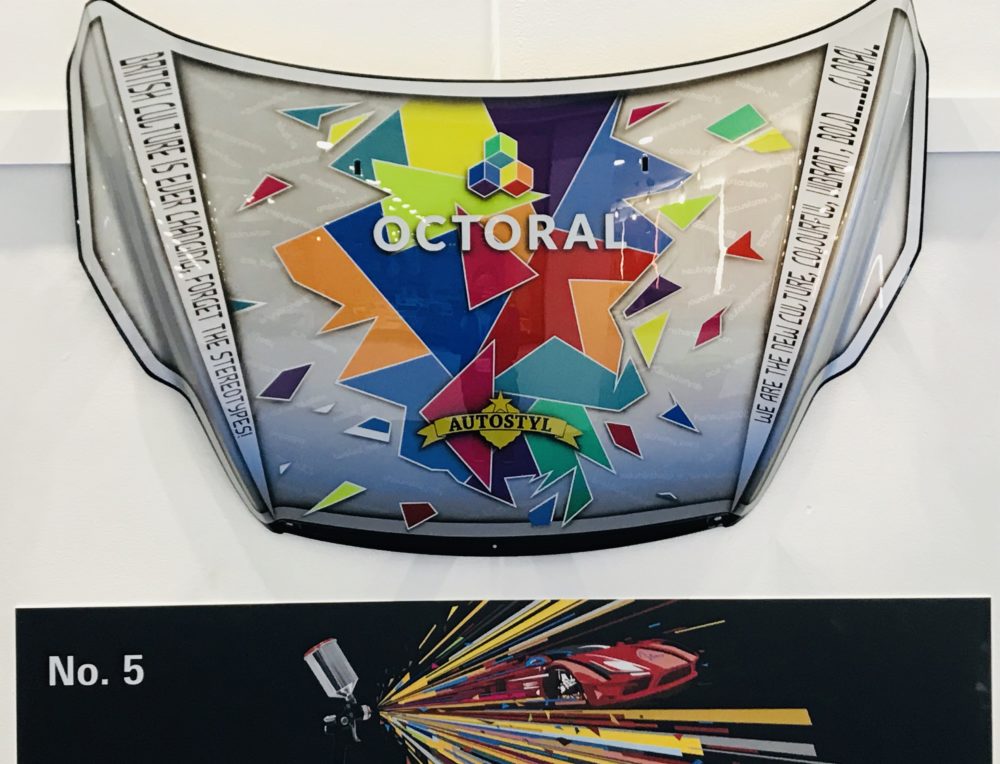 Fryett said: “Our design epitomises the extremely dynamic and diverse culture of the British painting scene. We put a great deal of time, passion and effort into our work – and it was worth it! The chance to take part in an international competition does not come along every day, and we are looking forward to seeing what the next teams have to offer. We are ready for the finals in Frankfurt!”

The next round of the competition will take place next month in South Africa at Automechanika Johannesburg from September 18-21. For more information on taking part and on sponsorship opportunities, go to www.automechanika.com/competition.

Some 1,000 people took advantage of their opportunity to vote for their favourite design in the people’s choice award either on site or online, and it was Kevin Lewis from Sunderland College who emerged as the winner with his Union Jack motif. Lewis was given a surprise package from SATA valued at €700.