Hand gestures, head nods and thumbs-up signals all help to ensure drivers, pedestrians and cyclists know what each other is doing. But how will self-driving vehicles, with no human driver, communicate with those around them?

Ford has been testing one approach that uses lights to indicate what the vehicle is doing and what it will do next. It’s part of the company’s research into developing a communication interface that will help autonomous vehicles seamlessly integrate with other road users. 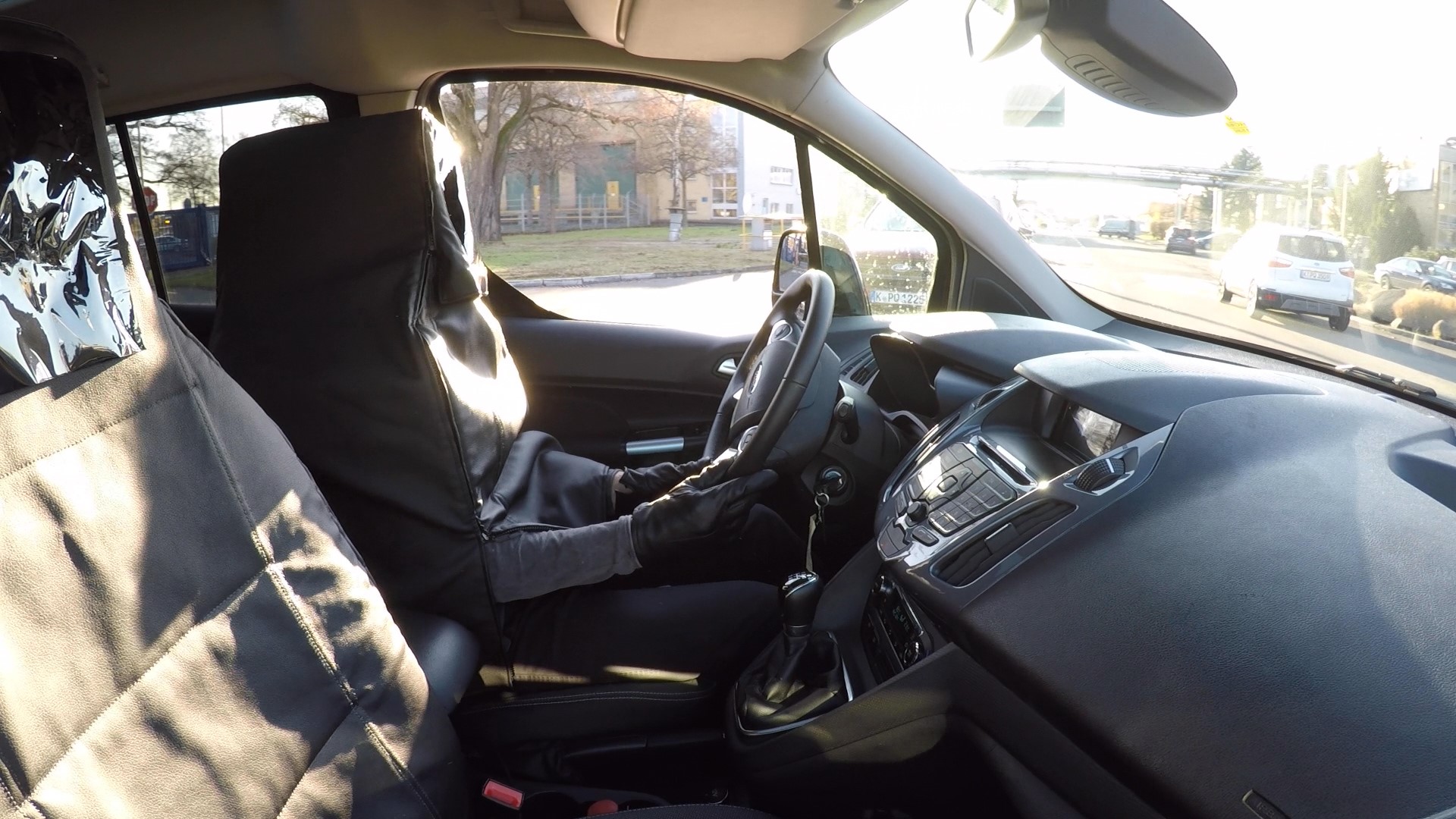 To ensure testing was as realistic and natural as possible, the company created the “Human Car Seat” that it installed inside a Transit Connect van. Designed to look like an autonomous vehicle, with the driver hidden in the seat, observers could more effectively gauge responses to a roof-mounted light bar that flashed white, purple and turquoise to indicate when the van was driving, about to pull forwards and giving way.

“Fundamentally, people need to trust autonomous vehicles and developing one universal visual means of communication is a key to that. Turning someone into a ‘Human Car Seat’ was one of those ideas when there was a bit of a pause and then a realisation that this was absolutely the best and most effective way of finding out what we needed to know,” said Thorsten Warwel, manager, Core Lighting, Ford of Europe.

The latest testing, which complements research already carried out in the U.S., was conducted together with Chemnitz University of Technology, in Germany. Researchers expanded the tests to check the effectiveness of two other colours, in addition to white; a rooftop location, when the U.S. tests had the lights placed on the top part of the windshield; and situations with further distance, showing the lights up to 500 metres away.

It showed that 60 per cent of the 173 people surveyed after encountering the Transit Connect thought it was an autonomous vehicle. Together with the observed reactions of a further 1,600 people, turquoise – more noticeable than white and less easily confused with red than purple – emerged as the colour that was preferred. There was also a high level of acceptance and trust in the signals, providing a basis from which researchers can further develop and hone the visual language.

“Making eye contact is important – but our study showed that first and foremost road users look to see what a vehicle is doing. The next step is to look at how we might ensure the light signals can be made clearer and more intuitive to everyone,” said Dr. Matthias Beggiato, Department of Psychology, at the university, with which Ford worked on the “InMotion” project, funded with the help of €1 million from the German Ministry of Transport and Digital Infrastructure as part of the Research Programme on Automation and Connectivity in Road Transport.

“Human Car Seat” drivers, who underwent training to ensure they drove safely at all times, kept their eyes on the road through a false head rest and operated a special lever to indicate. An assistant, hidden in the back, also monitored the road ahead and ensured that the driver had a ready supply of water.

In separate tests conducted by Ford together with the automotive lighting and electronics specialist Hella, researchers tested further locations for the lights, such as on the grille and headlamps, though no clear preference emerged.

With the goal of developing a purpose-built self-driving vehicle for deployment first in North America in 2021, Ford is working towards ensuring that people trust autonomous vehicles. Essential to this is the creation of an industry standard for communicating driving intent. The company is collaborating with several industry organisations, including the International Organisation for Standardisation and the Society of Automotive Engineers, and is calling on other automotive and technology companies to help create that standard.

Ford, in partnership with Argo AI, recently became the first company to test autonomous vehicles in Washington D.C., building on testing already underway in Detroit, Pittsburgh and Miami. In China, the company is part of the Apollo program offered by Baidu, China’s top search engine operator, and is working with them to begin testing self-driving cars on designated roads in Beijing and other Chinese cities later this year.