The Dublin Metropolitan Region (DMR) Traffic Division has seized 18 cars as part of an ongoing investigation into the under declaring of cubic capacity of the car engine in order to pay a lower motor tax rate. 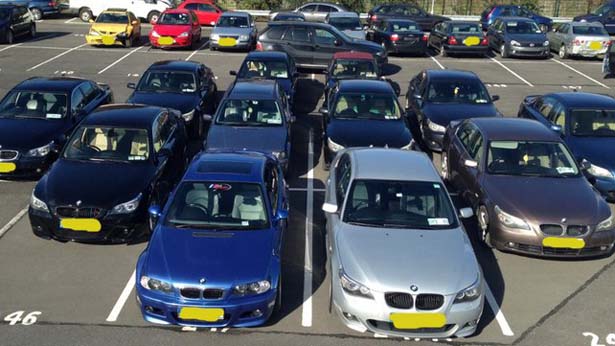 One male was arrested and charged with fraud and theft offences and appeared in Court on March 10 and has been remanded on continuing bail to appear on April 21 at the same court.

DMR Traffic has carried out an investigation for the last number of weeks which culminated in the seizure of 18cars last weekend.

While this initial stage of the operation involved 18 BMW cars, the scam involves luxury cars from a wide range of manufactures.

Investigations are ongoing, and in each case it is suspected that a false declaration was made to the relevant Motor Taxation Office understating the size of the car engine.  Each of the cars will now be examined by the Public Service Vehicle Inspector.

DMR Traffic will liaise closely with Department of Environment in terms of Motor Tax and Customs and Excise in regards to having the vehicle tested for illegal diesel.

DMR Traffic will also be liaising with the insurance companies involved as this scam raises issues in relation to the validity of insurance, safety of the vehicle due to possible modifications of the engine and lose of revenue to the state in terms of road tax.

It is understood that the scam has been carried out by individual motorists and in some cases organised through motor dealers.

Gardai have appealed to  “those involved to immediately regularise the situation with their local tax office, insurance company and An Garda Siochana” (current insurance may not be valid). An Garda Siochana would also remind people purchasing cars to ensure that the Vehicle Licensing Certificate reflects the correct engine size.