Erich Bitter is a multifaceted personality whose professions include pro cyclist, race car driver, rally driver and business man. On the automobile scene, Bitter is considered to be a living legend even today. 50 years ago, Opel presented the Coupé Diplomat (CD), which however was never mass produced. It was Bitter who marketed the model as the Bitter CD under his name. Bitter paid a visit to Glasurit in Münster in early September to mark the successful completion of the Glasurit and Bitter Club International colour project. 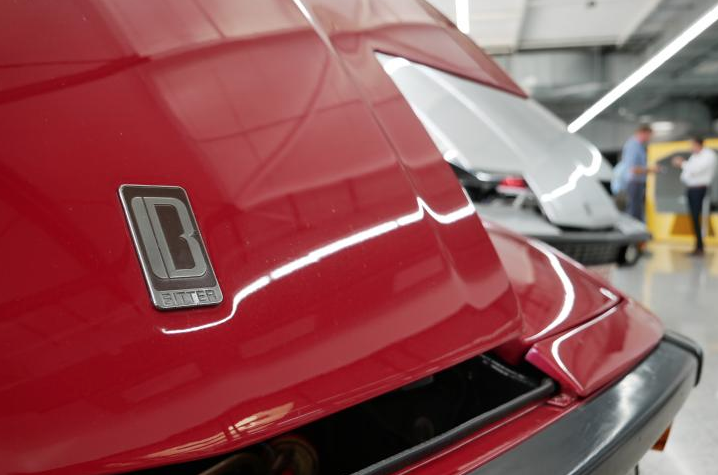 BASF’s premium paint brand identified the historic colours for over 90 per cent of the 395 Bitter Coupé Diplomats produced and translated them into mixing formulas. The authentic colours are now also available in Glasurit’s colour database, the largest of its kind worldwide, and can be retrieved quickly and easily as needed.

The project was divided into two parts comprising data collection and transfer into the colour database. “Many of the colours you can see on a Bitter CD come from other car manufacturers. That’s why our first step involved inspecting the historic documentation, which recorded the colour designations and colour numbers of each vehicle,” explained Andreas Hartel of Glasurit’s Passenger Car Process unit, who was responsible for data collection.

In addition, some colours for which the car brand was unknown were already available in the Glasurit colour database. Combined with the documentation, these colours could then be assigned to the respective car. In a few cases, company colours were used. To decode these colours, Thomas Ebert of Bitter Club International supplied original colour samples so the original colour could be reproduced. After data collection was completed, the information was transferred from the colour lab to Glasurit’s colour database. A comparison of vehicles that still had the original paintwork and the present-day sales samples and colour chips showed that the colours did not always match. Glasurit and the Bitter Club experts jointly decided which sample of each colour should be reproduced. The club is currently assisting with the search for the few still missing colours.

Martin Wilhelm, the Bitter Club International board spokesperson, was already familiar with Glasurit as a reliable partner from his days working as a vehicle appraiser. For this reason, BASF’s premium paint brand was selected. “Glasurit’s meticulous project implementation and the results demonstrate that we selected the right partner. The ability to reproduce historic colours with the latest technology is ideal.” 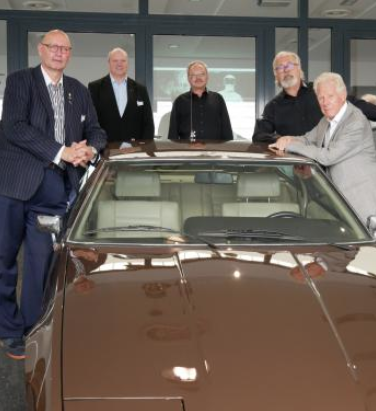 The first contact between Glasurit and the Bitter Club International came about two years ago. Erich Bitter, the founder of the Bitter brand, is a club member. The project was implemented last year. “This collaboration is another of the numerous successful projects with several car clubs and car manufacturers for whom we have proven our colour competency. These projects enable us to expand our colour database and highlight our leading position in the area of authentic historic colours,” explained Jürgen Book, head of Classic Cars at Glasurit.

The Bitter Club International currently has 148 members from 10 different countries. Apart from Germany, the members come from the United States, Canada, Turkey, the United Kingdom, Belgium and France. The founder of Bitter Automobile, Erich Bitter, commissioned the club to preserve and distribute the CD and SC models as well as disseminate the technical information for these cars. The club also finds spare parts and issues data verification certificates for the Bitter CD and Bitter SC vehicles. The Bitter CD sport coupé was the first Bitter brand vehicle.

Between fall 1973 and late 1979, only 395 vehicles were produced. The Opel standard models served as the basis for the approximately 1,000 Bitter cars. In the recent years several Opel models have been remodeled with new Bitter brand design elements, which can be recognised by the well-known logo on the radiator grille, the “Bitter B”.