Ireland’s largest recycling scheme has called on consumers to boost the lifespan of unwanted electronics by repairing them or passing them on to others.

The call to recognise the potential left in electronic products comes from WEEE Ireland as International E-Waste Day reveals that the raw material value of global e-waste in 2019 was worth approximately €50.8bn, the equivalent value of 2.9 million electric cars.

Electronic waste is the fastest growing waste stream in the world. It is estimated that a new high of 53.6 million tonnes of e-waste were generated across the planet in 2019.

E-waste is projected to reach an incredible 75 million tonnes by 2030, which is 9 kg for every person in the world. 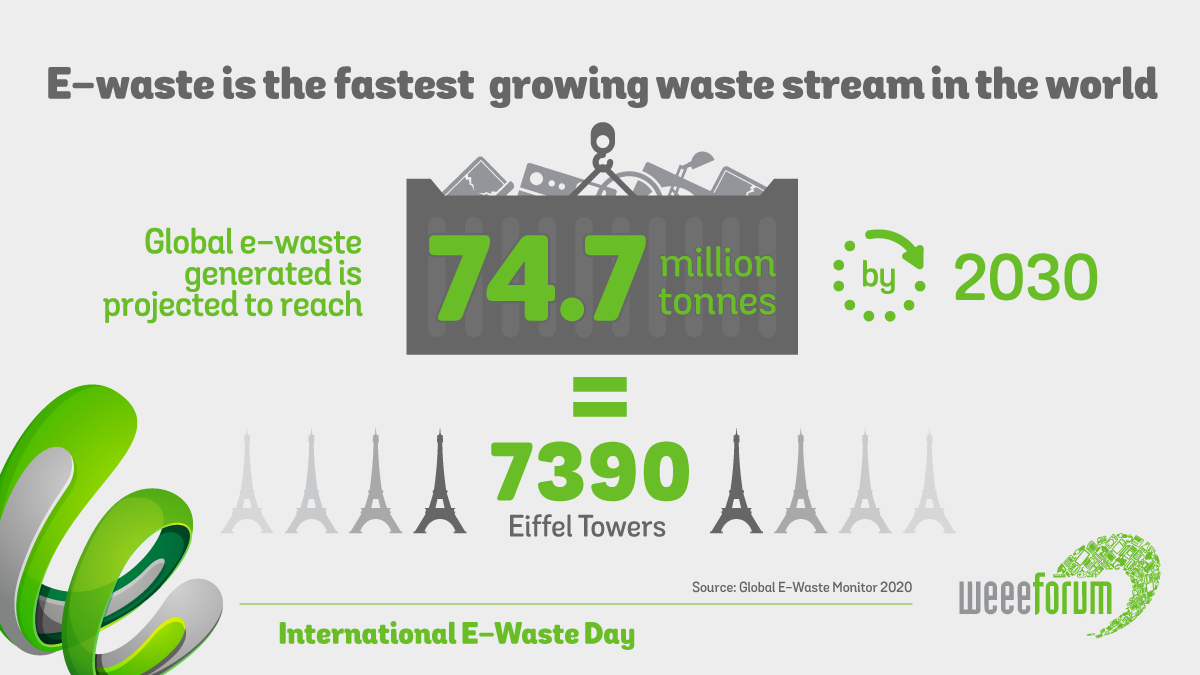 “It is, essentially, about loving our electronic items for longer,” said Leo Donovan, Chief Executive of WEEE Ireland. “Before putting an electronic item to recycling we would ask people to consider if it can be repaired or if someone else might find a use for it.

“Research shows that 81 per cent of all requests for product repair results in successful fixes, extending the product life. Every house has an average of 72 electrical products, 11 of which are broken or not being used anymore. We are making the request in support of a transition towards a zero carbon more circular economy, which aims to keep our resources in circulation for longer, reducing waste and easing demand for new raw materials used to manufacture new electronic goods.”

Donovan added: “If we really want to progress to a circular economy in Ireland, we need to look further up the waste hierarchy and that may mean including more criteria such as durability and repairability in the information provided to customers. Through a variety of methods we should look at keeping suitable products in use for as long as possible, either by the original user, flowing to new owners or utilising repair services.”

WEEE Ireland was the second-best performing recycling scheme in Europe in 2019, with 38,594 tonnes of waste electrical items and the equivalent of over 44 million used AA portable batteries collected.