Bodyshop personnel with an eye for space, shape and form cannot but admire this 1950 GM Futurliner, which went under the gavel recently and netted its owner a cool $4 million. 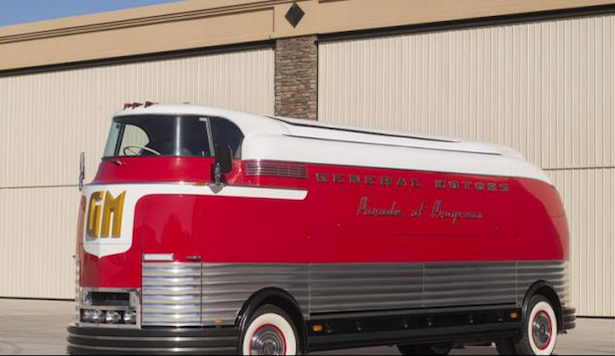 This pristine example drew a substantial amount of fanfare when it went up for auction at the 2015 Barrett-Jackson Scottsdale event recently.

The Futurliners originally drew power from a four-cylinder diesel engine; however this bus was restored and given a livelier beating heart in the form of a 400ci GM truck engine.

This example came up for auction in 2006 and in quite the memorable fashion. The owner had been hoping to get more than $600,000 for the brute. It hammered for a formidable $4.1 million.