Grange Motors Mullingar  has been unveiled as the title sponsor  of The National Cycling Championships 2014 to be hosted in June by Lakeside Wheelers Mullingar CC. 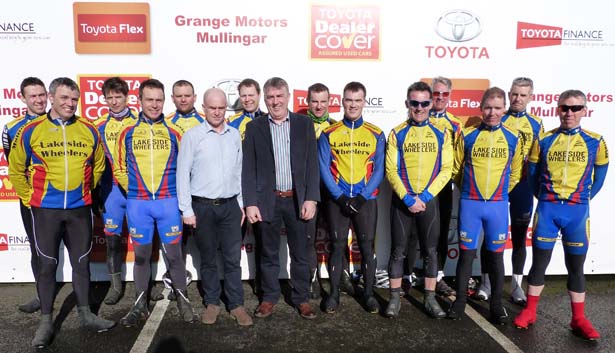 Lakeside Wheelers Mullingar CC has secured substantial financial support from Grange Motors Mullingar,    Toyota dealers in the  Toyota in the town to run this year’s National Cycling Championships at the end of June.

It’s a huge coup for the club and puts to rest any lingering doubts about the financial support it needed to run the biggest weekend on the Irish cycling calendar.