Manchester based HMG Paints has seen its paint take first place in the most iconic race of them all. Aston Martin Racing won the 88th 24 Hours of Le Mans, with the British manufacturer’s cars and striking livery using HMG Paints Acrythane 4GTE paint system. 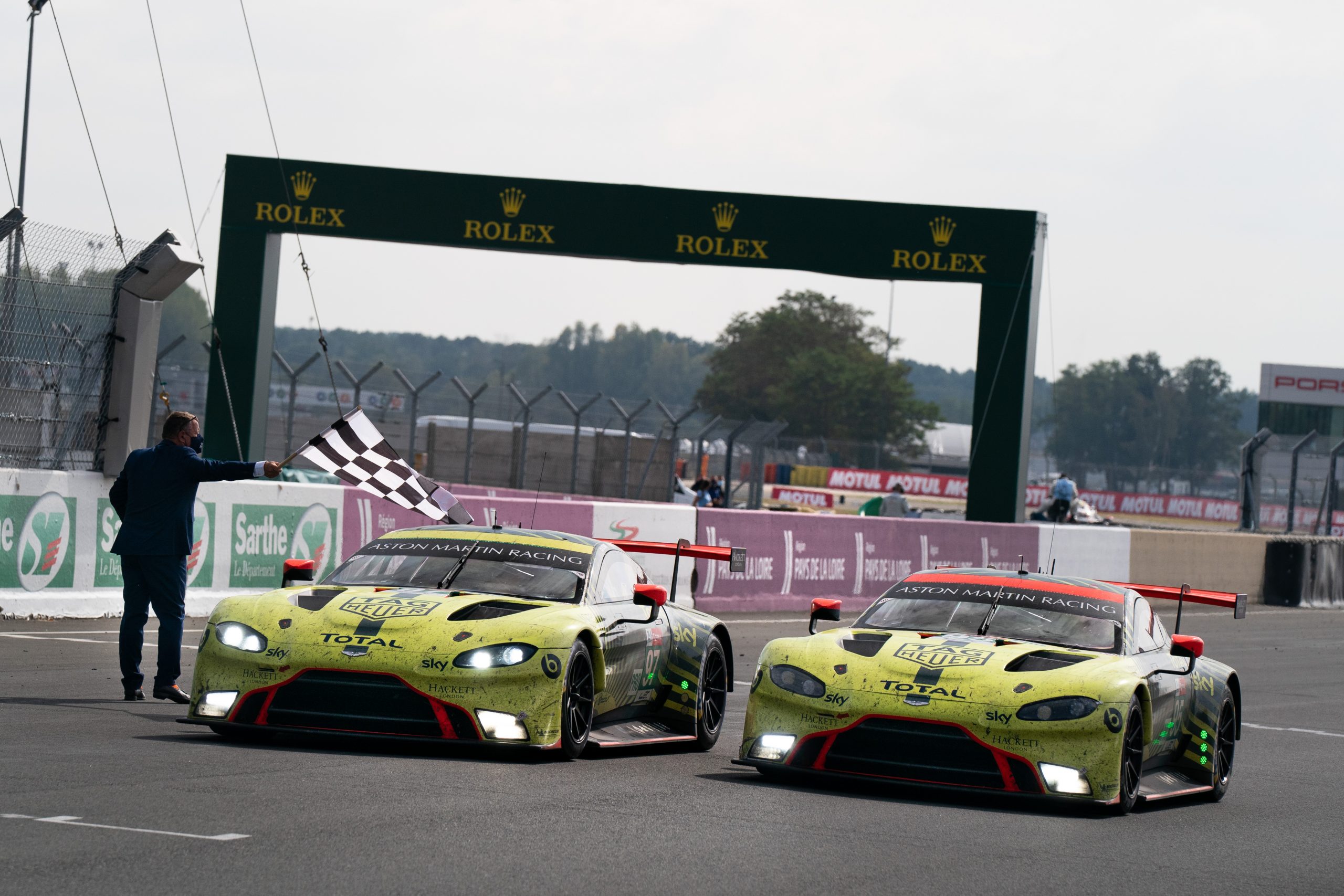 Aston Martin Racing, which was last victorious in the world-famous event in 2017, recorded its best ever result at the Circuit de la Sarthe by winning both GT classes and with three crews standing on the podium. The result means that Aston Martin scored enough points to secure the FIA World Endurance Championship (WEC) manufacturers’ title with one round remaining.

“It’s always great to see colours developed at HMG racing around such an iconic track and to see the team take the race win and the WEC Manufacturers title is a proud day,” said Steve Kennedy, head of HMG’s advanced colour design centre. “We have a deep connection with the Aston Martin Racing GTE lime green where we worked to get the car ready at HMG for its Geneva launch, and all at HMG send their congratulations to the Aston Martin Racing team.”

HMG Paints has been technical partner with Prodrive and Aston Martin Racing since 2003 and even welcomed Jonny Adam, who took victory in the Pro AM class, to its Manchester based headquarters to speak to staff about their 2017 Le Mans victory.

It was works drivers Alex Lynn (GB) and Maxime Martin (BEL), along with former Le Mans class-winner Harry Tincknell (GB), who took the most coveted win in endurance racing after a flawless performance in the #97 Vantage GTE and a thrilling and nail-biting 24-hour battle with the works team Ferraris.

Lynn, who set the fastest lap of the GTE classes at 03.10 on the day said: “I won’t lie, that was emotional… I had a few tears on the last lap. I have driven this exact car for the last three years and so much hard work and sweat has gone into it. It honestly feels incredible.” 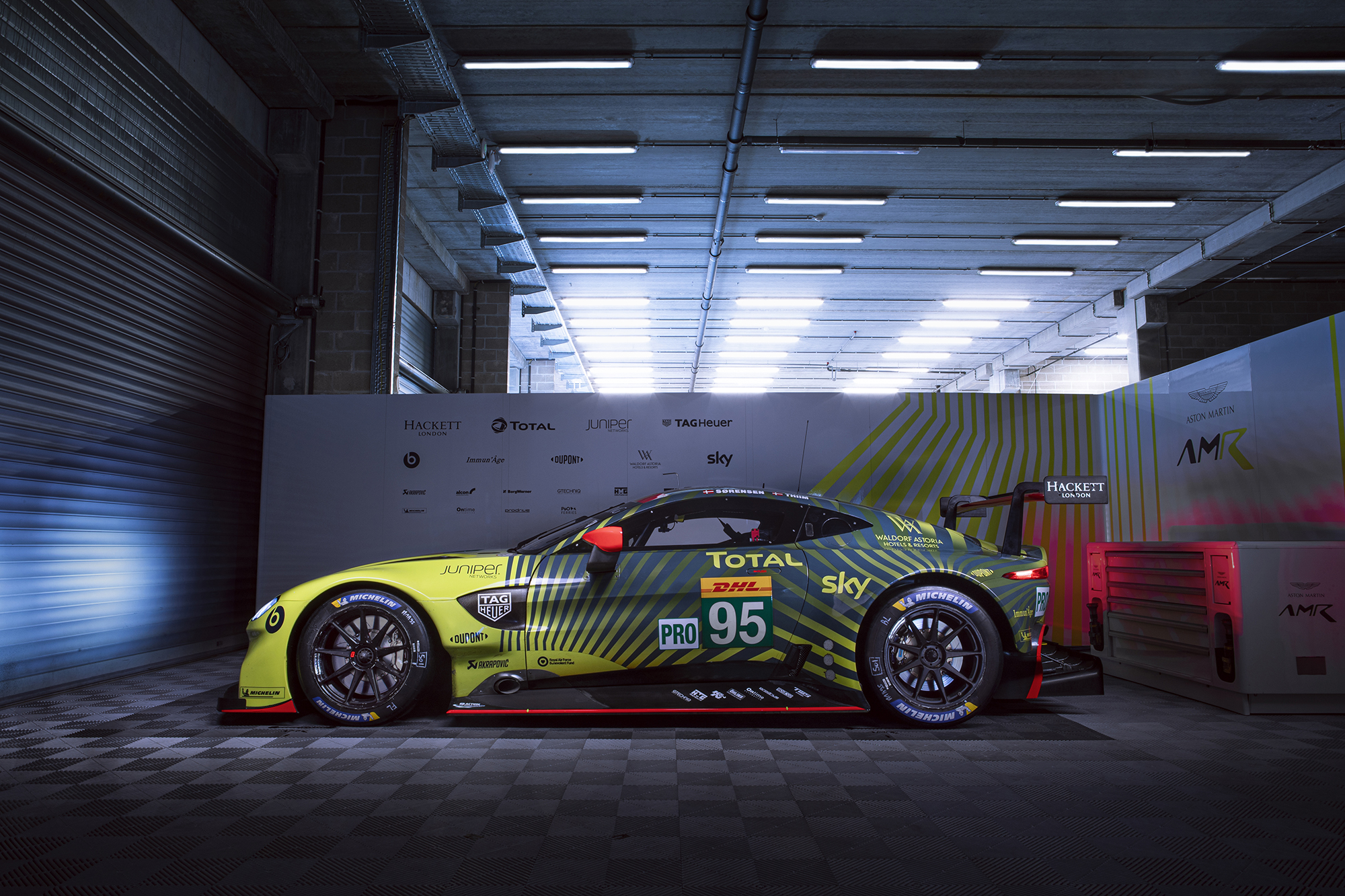 TF Sport’s Vantage GTE took class-winning honours in GTE Am with works driver Jonny Adam (GB) and Charlie Eastwood (GB), and team-mate Salih Yoluç (TUR) and, with it, the lead of the WEC GTE Am drivers’ title going into the season finale at Bahrain International Circuit. The British outfit is the first privateer team to win Le Mans with the Vantage GTE.

Nicki Thiim (DEN) and Marco Sørensen (DEN), who were joined this weekend by Richard Westbrook (GB), will also take the WEC pro-class drivers’ title to the wire – they now lead team-mates Lynn and Martin by just 15 points after taking third place in the GTE Pro class.

In the GTE Am class, huge disappointment came for long-standing Aston Martin Racing driver Paul Dalla Lana (CAN), who had high hopes for his eighth Le Mans. Outstanding pace from the Canadian and his team-mates Augusto Farfus (BR) and works driver Ross Gunn (GB) proved fruitless after an extended pitstop put a halt to their race-leading charge.

The trio of podiums at the double-point-scoring event was enough for Aston Martin to take the WEC Manufacturers’ title for the first time – the British manufacturer crossed the line 76 points ahead of Porsche and 97 ahead of Ferrari.