The Irish launch of Techron fuel system cleaner took place earlier today in Dublin. James Welshman of Chevron Europe welcomed everyone and outline the programme for the launch.

He introduced Eddie Ryan from Advance Pitstop, who outline how they are delighted to have been appointed as a key retailer of Techron Fuel System Cleaner.

Brian Hayes, of Chevron Lubricants gave a comprehensive overview of the fuels market and fuel related issues, and also an introduction to Techron Fuel System Cleaners.

Delivering real world savings to motorists, the Techron fuel system cleaners for both petrol and diesel engines have undergone rigorous independent testing that demonstrates the products’ effectiveness. Independent Techron testing regime and results were outlined at the launch by Nick Molden, of Emissions Analytics.

Under the test conditions a range of three-year and older petrol cars saw an average improvement in fuel economy of 8.7% while similar aged diesel models improved by an average of7.6%.The test data shows that the average motorist could make a significant saving in fuel costs by using Techron. With one treatment lasting between 6,000 and 10,000 miles, most cars would only need a treatment once a year – which could be applied during scheduled maintenance.

CC Lubricants Ltd, are the authorised distributors of the Texaco brand of oils and Techron fuel system cleaner. The Portarlington based company readily integrate the global expertise offered by the Chevron Corporation with local knowledge and support. 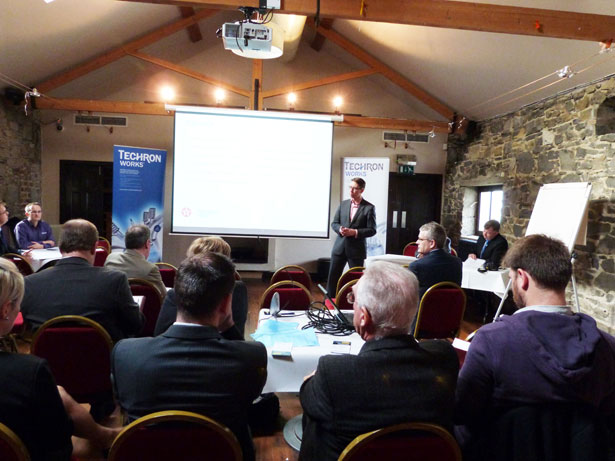