With a lion, leopard, elephant, buffalo and rhino on the hood, Etienne Dutoit is heading to the finals of the Automechanika Body & Paint World Championships in Frankfurt.

Last week the painter was named the national winner in South Africa with a car hood displaying an impressive interpretation of the South African flag.

The professional painter won the second round of the international Automechanika Body & Paint World Championships, which took place in South Africa. The competition was supported by Sata, Kansai Plascon, Launch Technologies and Kapatal Brands. 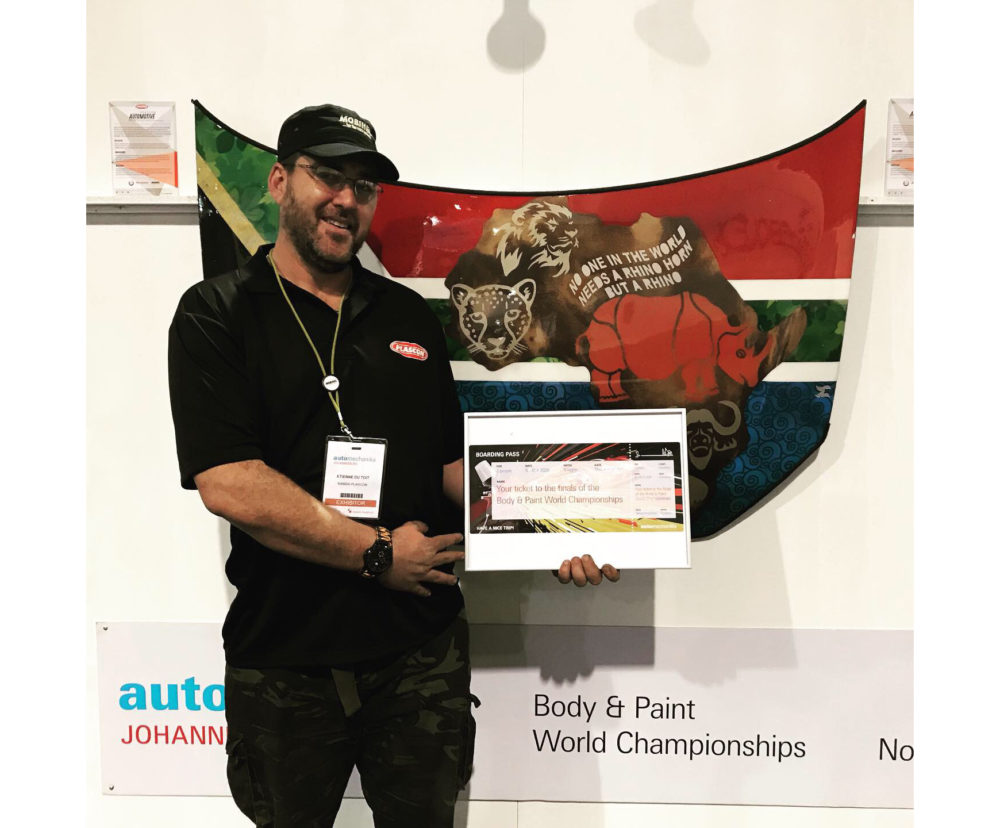 Dutoit and his competitors all chose the South African flag as their motif, yet their different interpretations and approaches to the subject matter gave rise to three unique car hoods. Whereas Hannes Trollip played with various textures, Thomas Holder focused on a flag with gentle transitions on a black background. The winner’s design was notable for its creativity, symbolism and precision. In addition to the ‘big five’, Dutoit integrated a variety of elements into each colour zone of the flag in order to emphasise the significance of each – from the country’s beauty and cultural diversity to its dark past. Dutoit says he poured around 135 hours into his creation.

The hoods were evaluated by a panel of experts according to criteria that include the uniqueness of the design, its relevance to the theme, harmonious colours, the use of environmentally friendly products, the operational safety and management of the workshop, the type and configuration of the spray guns used, and much else besides. The panel comprised Wolfgang Auer, Editor-in-Chief of FML and co-founder of the international Automechanika Body & Paint World Championships, Michel Malik, CEO of BodyShop News International, Ian Groat, publisher of Automotive Refinisher South Africa, and Joshua Low, Managing Director of Messe Frankfurt South Africa.

Dutoit’s remaining competitors at the finals in 2020 will be chosen in the months ahead. Great Britain’s national winner was selected back in June, and the participants from China, Mexico, Dubai and Germany will be determined in the upcoming rounds. The next round will take place from December 3-6 at Automechanika Shanghai. 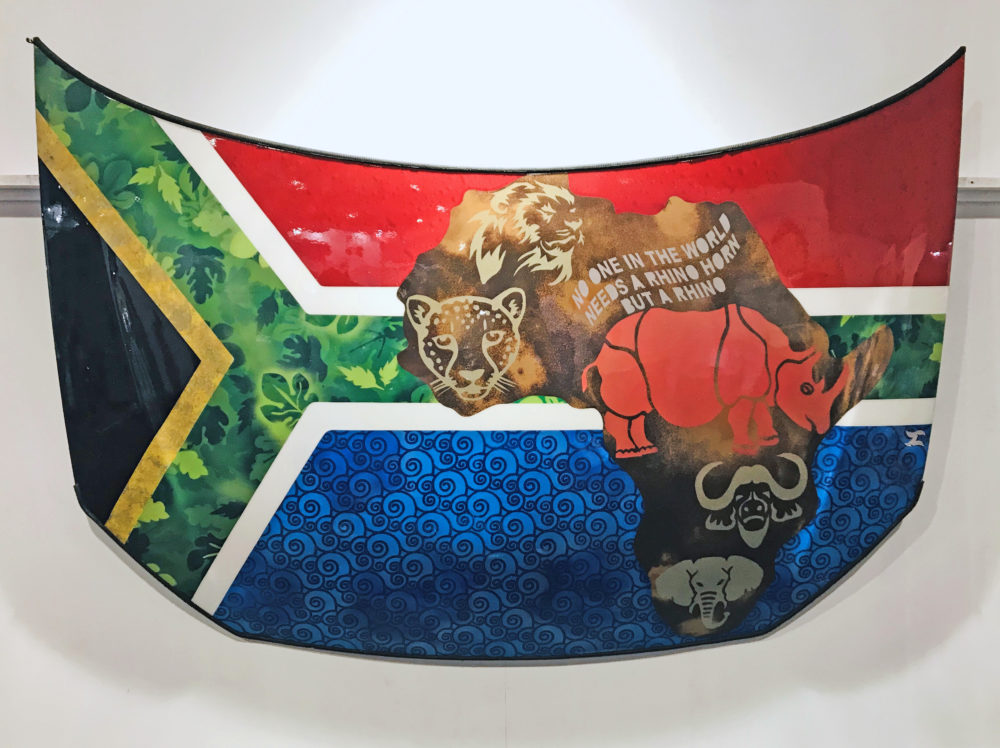