Dublin native James Brooks has been elected President of the Society of the Irish Motor Industry, the representative body for Vehicle manufacturers/distributors, Franchise Dealerships, Independent garages and many other businesses in the Motor Industry in Ireland.JB SIMI web copy 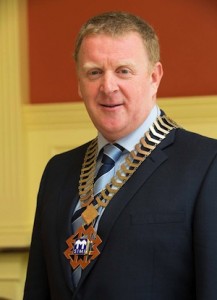 Speaking at the Society’s AGM in Killashee House Hotel, Naas, MD of Kia Motors Ireland James Brooks said that his presidency commences at a time of improved outlook for the Industry:

“I hope that we are now turning a corner and that during the course of my year in office we will see our Industry head towards sales of 100,000 units.”

He acknowledged that he was honoured to take on the role of President in an industry that is a major contributor to the Exchequer and provides almost 40,000 jobs around the country:

“Not so long ago we employed almost 50,000 so we have some way to go before we are back to normal” he said.”

He noted that the biggest challenge in the Industry today is to see what can be done to keep the older cars on the road, as safe as they can be, while they are being used. The average age of a car in Ireland is 9 years old, older than most other EU countries.

“Despite the fact that the average new car has far more safety equipment than that of 10 years ago, this is not reflected in our aging car parc. 50% of cars are failing their NCT with 4% being classed as dangerous.”

“It’s very understandable, people having to question their spending on everything when their income is reduced, but to me saving on keeping their car save enough to be used on the road is a very false economy”.

An accountant by profession, James Brooks joined Kia as general manager in 2005 and was appointed Managing Director in 2007 after previously working for Opel for 10 years. He has served as Treasurer and Deputy President of SIMI.

James succeeds Paul Linders as President of the Society of the Irish Motor Industry.