Kia’s Celbridge dealer, Ray Crofton on hearing that Mark Kenneally, Ireland’ s sole representative in the Men’s Marathon,was without wheels for his preparations for London 2012 has supplied Mark with a cee’d SW for the months leading up to event . 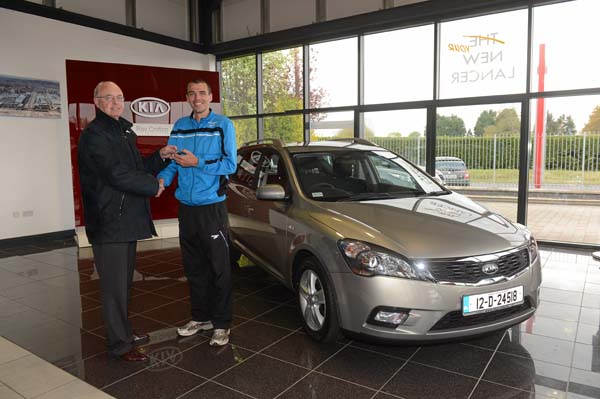 Mark Kenneally from Celbridge Co.Kildare accepts the loan of a cee’d SW from local Kia Dealer Ray Crofton . Mark is Ireland’s sole representative in the Men’s Marathon at London 2012 . Kia Motors Ireland are Official Partners of the Olympic Council of Ireland .