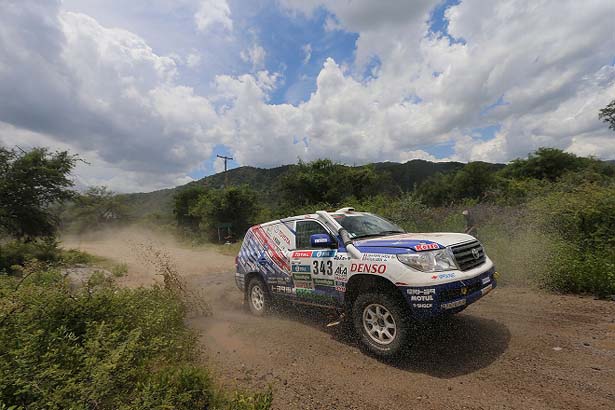 The 2016 rally was an extremely tough race with only 62% of vehicles finishing. Both TLC teams run on bio-diesel, which emits 60% less CO2 than regular diesel. Team #343 won their T2 class and finished 32nd in the whole race, with a time of 63.09.

Customised KYB specialist sports shock absorbers are fitted to the vehicle, which have a flexible damping force to be able to provide driving stability in a variety of road conditions. The specification used is extremely high, with the stability aimed at enduring 10,000 km on bad roads. The shock absorbers have a strong seal to prevent the desert sand from entering inside in the harsh dusty environment.

The shock absorbers have a separate tank in order to increase the oil volume required in the extreme heat and for the long distances in the race. The dampers have a lightweight construction and have an adjustable damping force to provide the responsiveness the vehicle requires on the tough terrains it will encounter. KYB engineers work closely with Team Landcruiser to test the shock absorbers and the car in extreme conditions, to ensure it can cope with the challenges they will face.

The 2016 Dakar rally started in Argentina’s capital Buenos Aires, crossing into Bolivia before finishing back in Argentina. The race lasts 14 days with 13 stages, covering a total of 9,237km. There were 347 teams in this years race. The rally began in Africa in 1977 and up to fifty nationalities compete each year. It is both a race and a test of navigational skills. 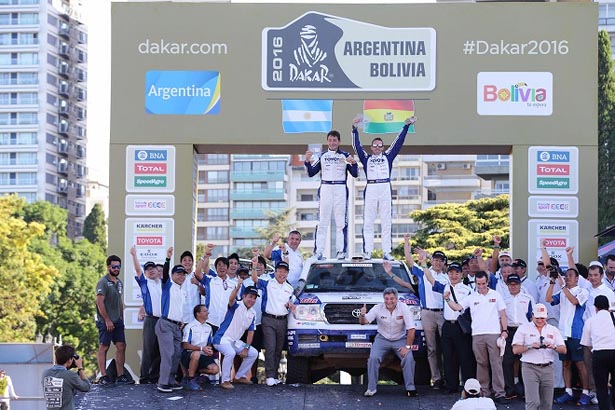