KYB Europe has launched a number of new features on its mobile App, designed to help workshops identify the need to sell suspension parts and communicate effectively with the motorist. Initially previewed at Automechanika Frankfurt, the features are now live for all users. 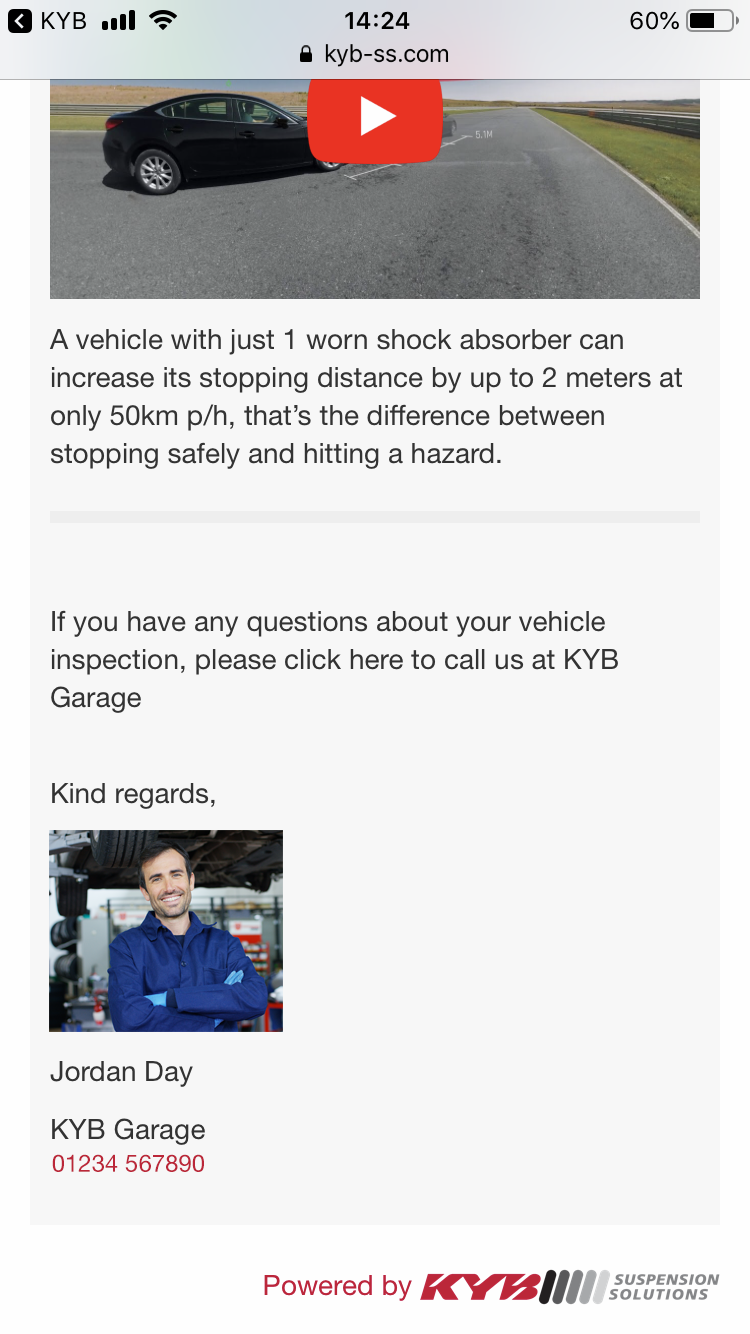 Following feedback from existing App users, there is now the possibility to include more than one photograph in vehicle reports sent to the motorist. This is particularly useful when more than one component has been replaced on a vehicle. Workshops can either select from the photo library on their device, or take a live photo in-App.

Workshops now have the ability to give their messages to the motorist a more personal touch, with an option for technicians to sign vehicle reports off with their name and photo – if they wish.

A news ticker has also been added, which gives users the opportunity to keep up to date with any relevant KYB news or KYB events close to them. For example, if KYB was exhibiting at a trade show in Madrid, then users in the Madrid area would see a message at the bottom of their App screen to let them know about it.

The free KYB Suspension Solutions App already has over 5,000 users across Europe, with 23 per cent of all vehicle reports sent by workshops resulting in a call back from the motorist to the workshop. The App is available to download for free from both the App Store and Google Play. 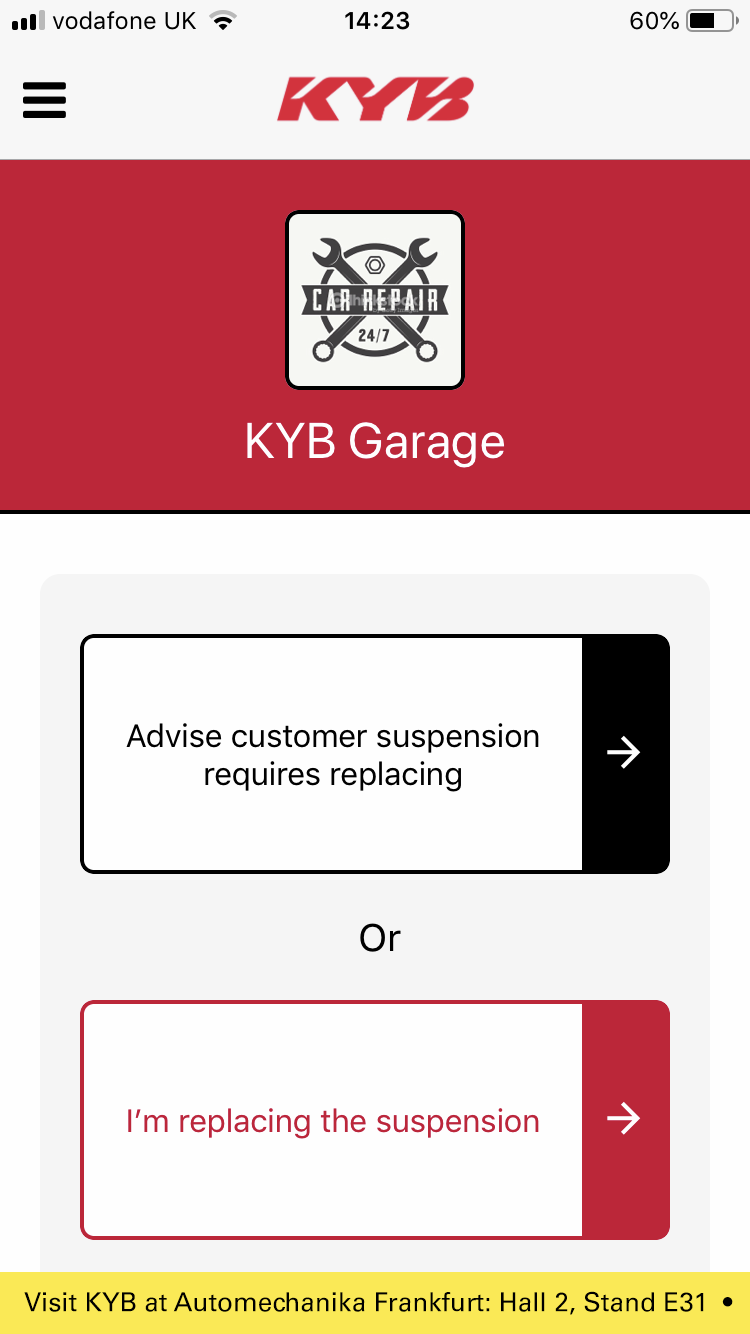