Monaghan & Sons, Galway’s Skoda dealership is undertaking an Eco-Drive from Wednesday, 31st January – Friday, 2nd February to assist in raising vital funds for The Sunni Mae Trust for the treatment of Lily-Mae Morrison. Monaghan & Sons is urging locals to guess how far a Skoda Fabia can travel on a tank of fuel. 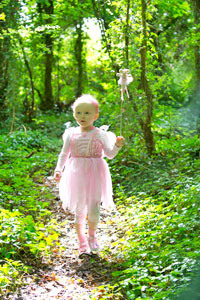 Lily-Mae Morrison, a native of Claregalway, has recently been diagnosed with a rare form of cancer called Neuroblastoma which affects 1 in 100,000 children in Ireland. Lily-Mae is the four year old daughter of Galway based dancers Judith Sibley and Leighton Morrison, who are best known in Galway for their work with Chrysalis Dance and Youth Ballet West.

In order to enter, competition forms will be available in local Centra stores where people can guess how far a Skoda Fabia will travel on a tank of fuel and in turn make a donation to the fund. There will be prizes for competition winners including fuel vouchers and a weekend away courtesy of Monaghan & Sons.

A member of staff from Monaghan & Sons will undertake the challenge to maximize the fuel endurance of a Skoda Fabia 1.2 diesel from a full tank while driving to Centra Stores within a 75km radius of Galway city over the course of three days. The drive will take place on Wednesday, 31st January, Thursday, 1st February and Friday, 2nd February travelling over 1500 kilometres.

To launch the Eco-Drive, Galway Bay FM will broadcast the Big Smoothie Breakfast show with Ollie Turner from Monaghan & Sons between 6.30-9am on Wednesday, 31st. During the event Galway Bay FM will link up live with the driver at different times during the day to get updates on the progress of the journey.

Commenting, Leo Monaghan, dealer principal, Monaghan & Sons, Galway said, “We are delighted to be able to help out with the fundraising appeal for Lily Mae. It is a fantastic cause and we would urge people to get their hands on a form and donate some much needed funds. Forms are available in local Centra stores and also from the Monaghan & Sons dealership.”

About The Sunni Mae Trust

Lily-Mae Morrison has recently been diagnosed with a rare form of cancer called Neuroblastoma which affects 1 in 100,000 children in Ireland. Lily-Mae is the daughter of dancers Judith Sibley and Leighton Morrison who are best known in Galway for their work with Chrysalis Dance and Youth Ballet West. The family face a long battle and need to raise significant funds to help with their fight.

Lily-Mae Morrison is 4 years old, she likes dinosaurs and dancing, she is very sick at the moment but hopes with your help to be dancing again soon.

To date €200,000 has been raised which is enough for the family not to have to worry about money during the next tough year. However we have garnered significant national coverage and so we have decided to continue to fundraise to help other families like ours and to assist research into this terrible disease.

Neuroblastoma has a relapse rate of 70% in the first two years after treatment. There is limited treatment in this country for relapse, however, there are cutting-edge trials available in Europe and America, that have had significant success in treating relapsed Neuroblastoma. They cost in the region of half a million euro.

Where the donations go: - €40,000 goes to Lily-Mae’s parents to cover the expenses of looking after a sick child.

-The rest of the money raised is to cover the medical expenses abroad if Lily-Mae relapses.

-If Lily-Mae doesn’t relapse all remaining donations will be given to Neuroblastoma research.