Spies Hecker has launched a limited special edition race spray gun designed in the Mercedes-AMG Petronas Motorsport style, with only 500 being made. Spies Hecker has been responsible for the paint for the five-time FIA Formula One World Constructors’ Champions for more than five years. 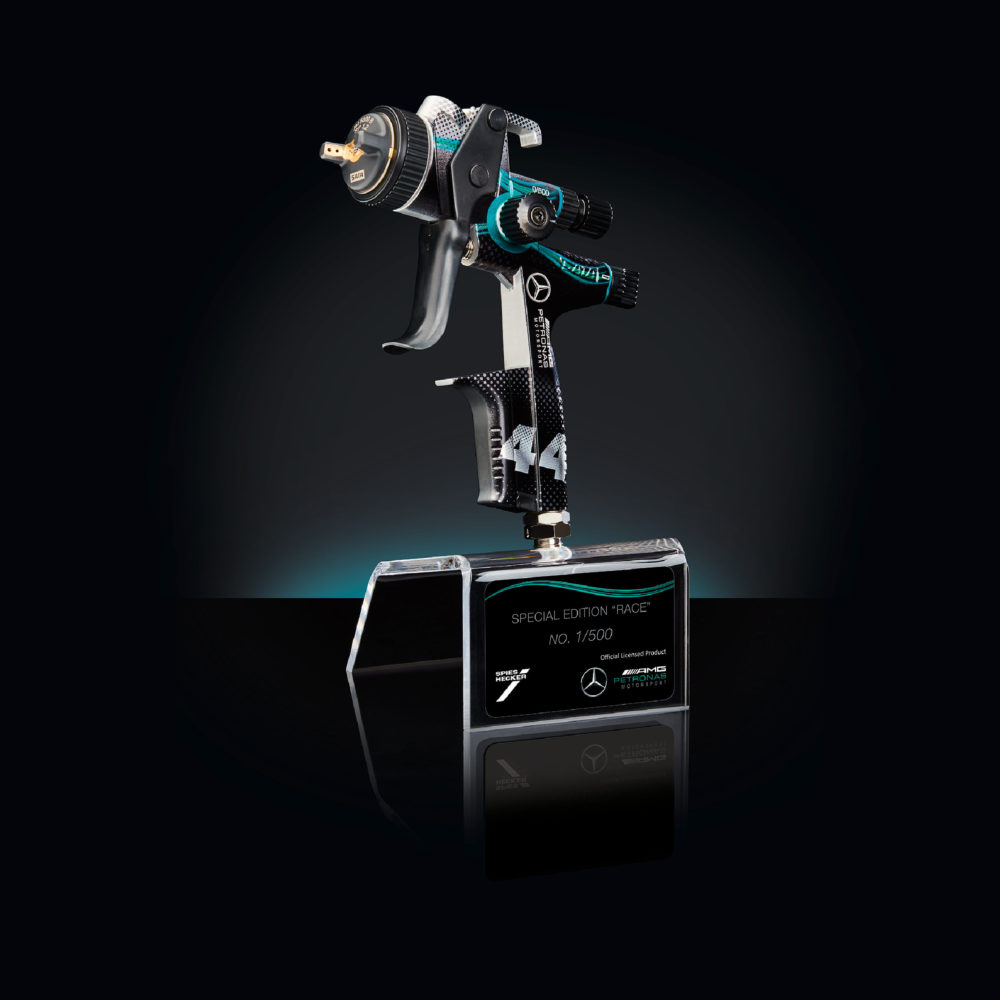 The design of the race spray gun is based on the championship-winning Mercedes-AMG F1 W09 EQ Power+, with its dynamic lines in the typical Petronas green. On the sides of the limited-edition race spray gun the racing numbers of both Mercedes-AMG Petronas Motorsport drivers can be found: 44 for five-time FIA Formula One World Drivers’ Champion Lewis Hamilton on one side, and 77 for race-winning driver Valtteri Bottas on the other.

The race spray gun comes with a carrying case that contains an acrylic stand with the gun’s serial number and a key ring. 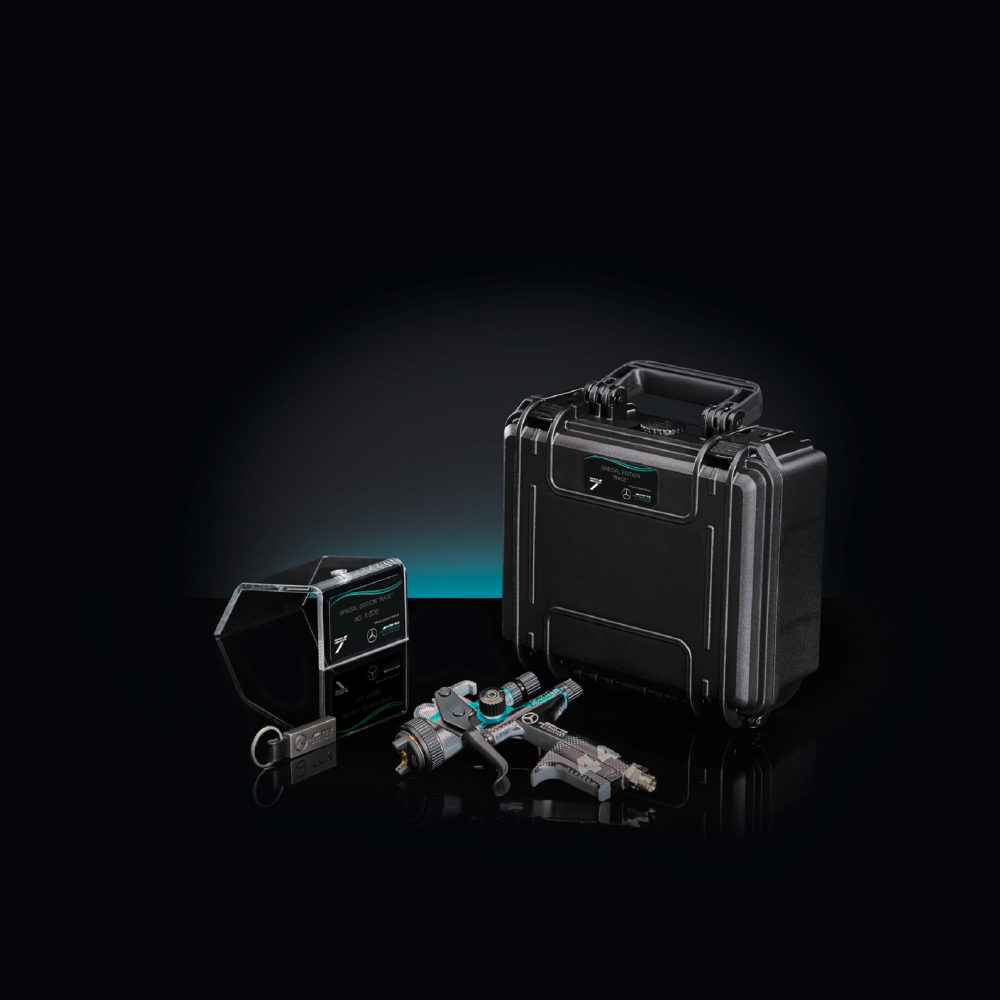