A key committee of MEPs last week voted through a range of new mandatory vehicle safety standards that could apply to new vehicle models within three years. 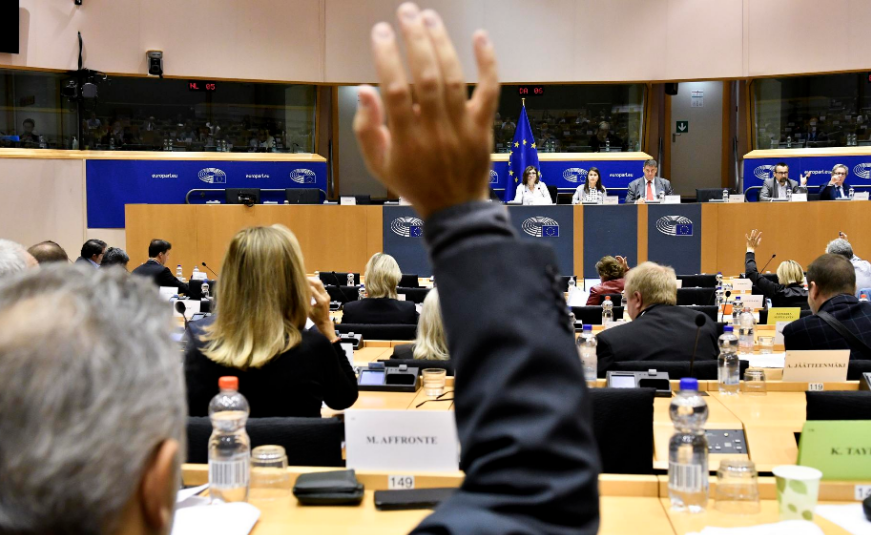 Members of the European Parliament’s Committee on Internal Market and Consumer Protection (IMCO) voted to approve a range of new vehicle safety standards initially proposed by the European Commission in May last year.

The measures include new crash testing requirements, mandatory installation of driver assistance systems including Automated Emergency Braking (AEB) with pedestrian and cyclist detection, overridable Intelligent Speed Assistance (ISA) and Lane Keep Assistance (LKA), as well as a new direct vision standard for lorries and buses to enable drivers to have a better view of other road users around their vehicle.

The requirements also include installation of Event Data Recorders, which record critical information on the status of a vehicle in the moments before a collision and, as in the aviation sector, could help crash investigators understand the causes of collisions in order to help prevent them in the future.

Commenting to us, Josh Harris, director of campaigns for Brake, told us: “This is a landmark day for road safety. The European Parliament has voted through life-saving safety standards for all new vehicles, which could save 25,000 lives in fifteen years. We now urge the final negotiations to take place as soon as possible, so we can make this step-change for road safety a reality.

“With 29 March edging ever closer, UK drivers have made their views perfectly clear – they want car safety standards in the UK to remain at least as high as those in the EU, post-Brexit. The government must commit to adopting these new lifesaving regulations into UK law as a matter of priority and help put an end to the epidemic of road death, which sees five people killed on our roads every single day.”

Antonio Avenoso, Executive Director of the European Transport Safety Council, told us: “This legislation represents a major step forward for road safety in Europe, and could save 25,000 lives within fifteen years of coming into force. But it will only apply to new vehicles. So it’s incredibly important that a final deal is reached as soon as possible, so cars with these new safety features fitted as standard start driving off production lines sooner rather than later.

“We want to thank MEPs, and in particular Róża Thun – the MEP responsible for the file, for working long and hard to come up with a text that a majority could support.

Final negotiations between the Parliament, Member States and the European Commission should now begin as soon as possible. Minimum vehicle safety standards in the EU were last updated in 2009, so there is no time to lose. We urge policymakers to do their utmost to achieve a final agreement before the European Parliamentary elections in May.“

While this vote focussed on vehicle safety measures, EU legislators are also meeting today to try and reach a final deal on an accompanying package of infrastructure safety management requirements, which could lead to thousands more lives saved.

Brake asks what happens to car safety standards in the UK after Brexit
Seperately, a recent report from Brake (the respected UK road safety charity) and Direct Line (insurance company), based on a survey of more than 2,000 UK drivers, found that drivers support these latest proposed safety measures, with nearly 9 in 10 agreeing that all new cars should be fitted with the latest life-saving safety features as standard. The report also found that more than half of drivers would not spend more on a new car to ensure it had AEB, ISA or LKA, highlighting how the EU’s regulatory action will help deliver the life-saving potential of these technologies for all.

With the 29 March looming ever closer, Brake also asked drivers their views on what should happen to our vehicle safety standards post-Brexit and the response was categorical, more than 9 in 10 want car safety standards in the UK to remain at least as high as those across the EU, post Brexit.