With the 2020 Formula OneTM season on hold, Spies Hecker takes the opportunity to look in-depth at the Team’s livery, and the work that goes in to applying it. 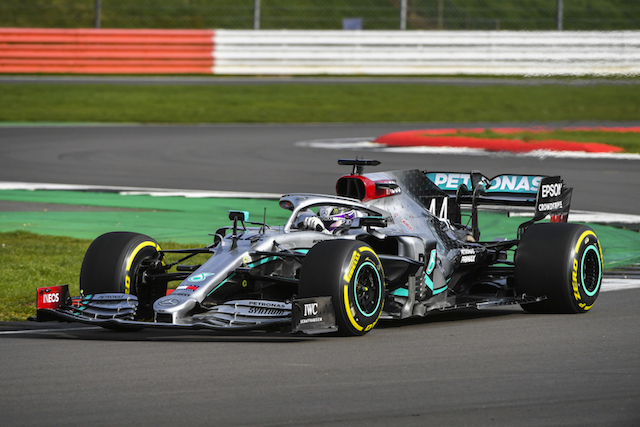 Mercedes-AMG Petronas Formula One Team is the reigning FIA Formula OneTM Constructors’ Champion, having cinched a world record sixth consecutive title at the end of the 2019 season. Its race cars are renowned for looking sleek in their iconic silver liveries every season, and Andrew Moody, Head of Paint and Graphics at Mercedes-AMG Petronas Formula One Team, has relied on the customised support and tailored product offerings from Spies Hecker, a global refinish brand of Axalta, a leading global supplier of liquid and powder coatings, for more than six years.Joachim Hinz, Brand Manager for Spies Hecker in Europe, the Middle East and Africa, says, “Fans around the world hope they will see the 2020 livery, which was unveiled in London in February, on track, racing, at some point this season, but in the meantime we wanted to share with our friends and Spies Hecker family some of the details they may have missed on the new livery.”

At first glance, the main difference to the 2020 livery is the addition of burgundy on the car, specifically on the front wing end plates, the rear wing end plates, the engine cover and most notably the roll hoop on the chassis. This injection of a new colour is thanks to Mercedes-AMG Petronas Formula One Team’s new Principal Partner, INEOS, as burgundy is the colour of its sports division, which includes its Tour de France and America’s Cup teams. The colour was digitally matched perfectly from one of the Team INEOS bikes, which was shipped to the Paint Shop in Brackley, UK, using the ColorDialog Phoenix spectrophotometer.

Andrew explains, “the burgundy isn’t quite as straightforward as it may look. There is also a five-colour fade from the burgundy into black, and in some areas on the race car it is across more than one component, so we need to ensure it is perfect. There is also a very fine black key line and a silver key line that outline the burgundy areas, and the INEOS name is painted in white, so the process is fairly complex.”

The 2020 livery not only has more black on it, but also the black – EQ Black – is a deeper, darker and more intense black, making the Mercedes-AMG F1 W11 EQ Power+ look even more menacing.

No glow in the flow

Eagled-eyed fans may have noticed that the stars that adorn the engine cover and chassis come in five different sizes and two different silvers – apart from two special stars, one on each side – that are in a bright red in honour of Niki Lauda, the Team’s Non-Executive Chairman, who sadly passed away in May 2019. Andrew says, “All the stars are painted, not decals as many people believe.”

Joachim says, “We were delighted to have extended our Official Team Supplier relationship with the Mercedes-AMG Petronas Formula One Team at the beginning of 2020 when we re-signed our contract. Working with world champions – and ones who have made history no less – provides all of us at Spies Hecker with a great sense of pride. Like all Formula One fans, we hope that we will be able to see some racing once it is safe for the teams and fans.”