Mirka is set to exhibit at the both Automechanika Frankfurt, September 11-15, and the Auto Trade EXPO, Dublin, October 20-21. 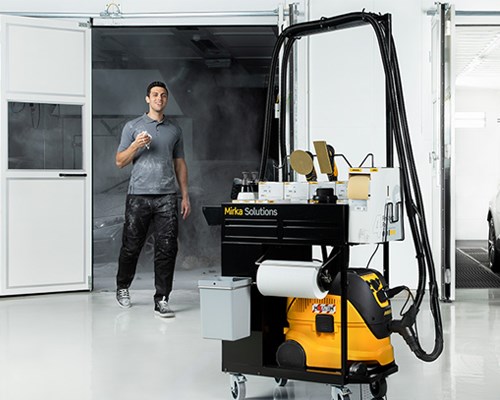 OSP is also available as an electric system, so no more need for compressed air or pneumatic hoses. Mirka says that its Golden Finish system guides customers through the post paint process seamlessly for a perfect surface finish.

The companys says that by using Mirka’s intelligent power tools and the myMirka mobile application, customers will be able to track the sanding speed as well as the instant vibration exposures during the whole process.

Using the myMirka Dashboard allows key measurements for occupational health and safety to be followed. It also provides data such as running hours, motor temperature and other predictive maintenance indicators for tools.

It can also keep track of warranty, after sales, and service for Mirka power tools.

During Automechanika, Mirka says it will launch a new premium range of intelligent abrasives. These unique abrasives will take finishing results to the next level, according to Mirka.

Mirka’s products will be available to view at stand D64 in hall 11.1 at Automechanika Frankfurt, September 11-15 and will also be on show at stand 01M at the Auto Trade EXPO, Citywest Hotel & Exhibition Centre, Dublin, October 20-21.