Solera Autodata has published its Most Serviced Vehicle report for a sixth year, analysing trends from the aftermarket industry and identifying the top 10 most-serviced vehicles across a number of categories.

This year saw the addition of Turkey to the report, meaning the report now covers 21 countries for cars and vans. Ireland is included in this. 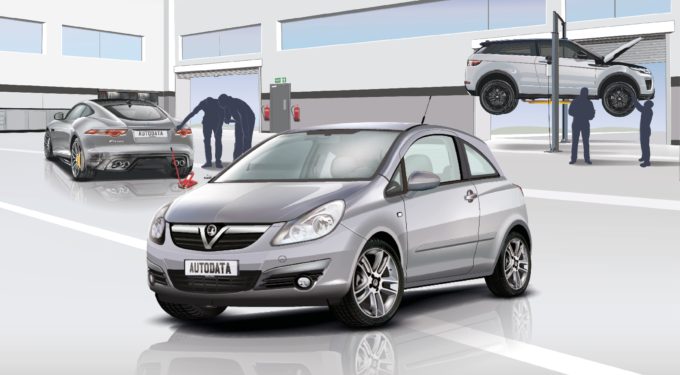 Internationally, the Opel/Vauxhall Corsa-D retains its top spot as most serviced car for a second year, with the Ford Fiesta and Ford Focus taking the second and third slots respectively. In individual country rankings, Volkswagen continues to be a strong presence in the aftermarket, as the most serviced manufacturer for 13 of 21 surveyed countries.

The 2004-2015 Volkswagen Transporter T5 kept its slot as most serviced LCV internationally for the fourth year in a row, as well as taking first place for LCVs in more than half of countries surveyed. The 2006 Ford Transit took second place for a second year, with the 2012 Ford Transit Custom displacing last year’s number three, the Mercedes-Benz Sprinter, for third place. The 2014 Ford Transit also entered the list for the first time at number eight.

This year saw technicians access a record 129 million pages of information in the Autodata workshop application with the top three most accessed topics being the 2020 Camshaft Drive information, technical specifications, and service schedules.

Service schedules and summaries, and technical specifications have seen an almost identical usage pattern over the course of 2020 due to Covid-19. A dramatic fall-off can be seen from February to April, with a subsequent rebound through Q3 and current all-time highs for demand for service data. In contrast, 2019 saw mostly steady usage of these modules.

This is likely to reflect periods of lockdown and subsequent maintenance being booked by owners whose vehicles have been unused or underutilised. This pattern is most extreme in the countries that imposed strict lockdown during the first wave, but is also visible in those that took less harsh measures, such as Sweden, possibly reflecting customer caution and willingness to postpone service.

Chris Wright, MD of Autodata, commented: “We’re delighted to be in a position to be able to provide insightful aftermarket information across so many countries. 85,000 workshops worldwide rely on Autodata for accurate technical data which means Autodata usage patterns are some of the strongest indicators of future aftermarket trends.

“We’ve been working hard to ensure Autodata remains the best tool for service, maintenance, diagnostic and repair, with 427 new vehicle variants added and 10,245 technical information updates made since the start of lockdown, across cars, light commercial vehicles, and motorcycles.”