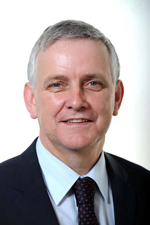 The month of December registered a 65 per cent (350) increase compared with the same month in 2012 (212), however it should be noted that volumes for December are very small.

Alan Nolan, Director General SIMI commented: “As 2014 has drawn to a close we are pleased to end the year with new car sales 30 per cent ahead of the previous year. While all of this has to be put in the context of the very low base that we are starting from, we are confident that 2015 will see sales for all segments continue to grow and improve on 2014.”

The feedback received from our members for January has been very positive, indicating continued growth in sales in January and the rest of 2015. Footfall in dealerships for pre-sales has been very good and consumer confidence continues to be strong, particularly with the greater availability of retail finance and the great offers currently in the marketplace.”

Nolan continued: “Buoyed by the increase in new vehicle sales, Employment in our Industry increased by 4,000 in 2014, surpassing 40,000 for the first time since the start of the recession. New car sales continue to be very important contribution for the Exchequer, with the increase in activity delivering an additional €185 million between VAT and VRT for the Exchequer in 2014.The Industry is confident that anticipated growth in 2015 can only increase both employment and Government Revenues.”