Almost eight out of 10 motorists are planning to hold on to their car for as long as possible, according to a survey conducted by the AA.

Following a slow start to 2013 in terms of new car sales compared to 2012, the AA has released the findings of a survey, which suggest that as many as 79 per cent of drivers in Ireland are planning to hold onto their current vehicle for as long as possible.

This statistic was generated from an AA online poll of over 9,600 people carried out during January of this year as part of their ongoing campaign to emphasize to their Members the importance of car maintenance particularly among those now driving older vehicles.  The AA also reports that it saw a slight increase during 2012 of breakdowns relating to steering, suspension and brake issues, problems commonly associated with wear and tear.

According to the 2011 Irish Bulletin of Vehicle and Driver Statistics, 79 per cent of private cars in Ireland were four years and older while 60 per cent were six years and older.  These figures compares to 71 per cent and 53 per cent respectively in 2009. 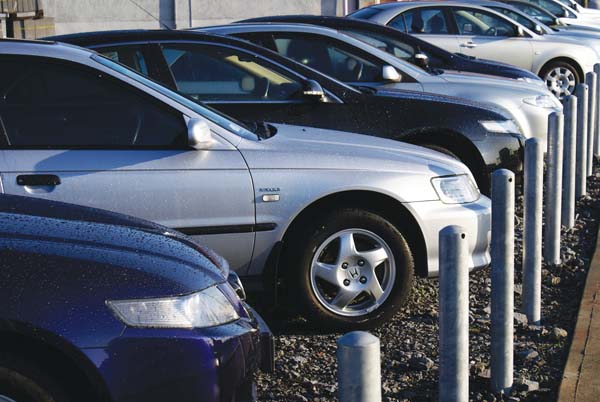 Just over a quarter of those polled by the AA, 28 per cent, shared that they have some sort of fund set aside for when they next go to purchase a new or second hand car.  According to individual comments received during the poll, vehicle running costs, which have increased significantly in recent years, are a major barrier for many when it comes to putting something aside for their next car purchase.

Just short of 60 per cent of those polled by the AA said that they have struggled to find the money to pay for one or more of the following over the last year; their fuel, car tax, NCT test or motor insurance.  The AA further shares that one of its poll respondents took a week off work last year so that they could offset the petrol costs against their motor tax bill.  Several others indicated that they were forced to pay their car tax at three month intervals as they simply could not manage to pay it in one lump sum.

While others said that things became so tight for them last year that they’d had to leave their car off the road for weeks or even months until they could afford the necessary repairs or meet their motor tax obligation.