Switching lanes is a routine manoeuvre for regular motorway users, but even the most attentive drivers can sometimes fail to spot potentially hazardous situations developing, particularly in their blind spots.

New Lane-Keeping System with Blind Spot Assist makes its global debut on the all-new Ford Kuga SUV. The technology monitors the driver’s blind spot for vehicles approaching from behind, and can apply counter-steering to warn the driver and discourage a lane change manoeuvre if a potential collision is detected. 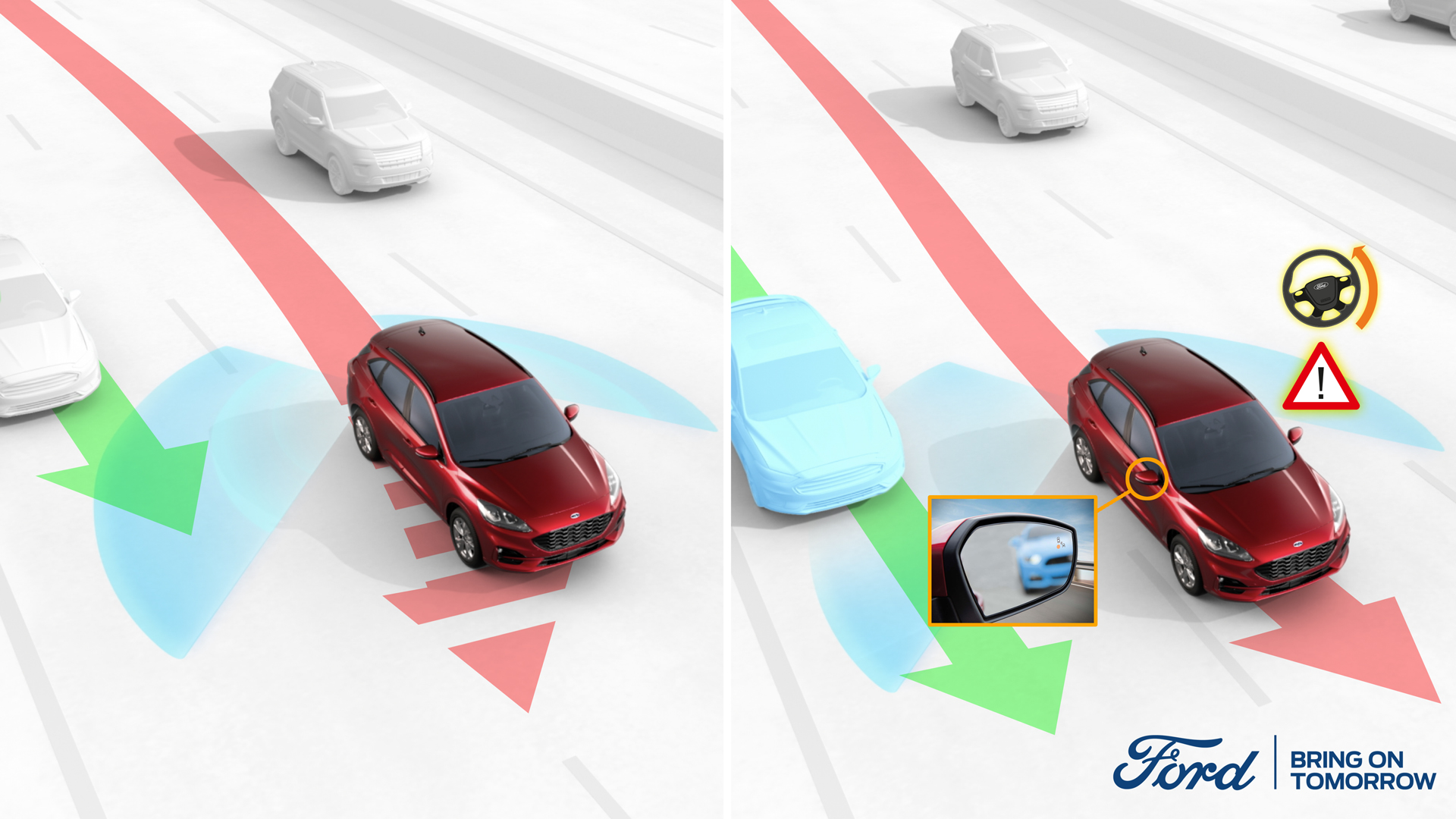 “Many drivers will at some point have been caught by surprise when another vehicle seemingly ‘appears out of nowhere’,” said Glen Goold, Kuga chief programme engineer. “Lane-Keeping System with Blind Spot Assist is like having an extra pair of eyes in the back of your head, helping prevent just a second’s lapse in judgement from escalating into something more serious.”

For more than a decade, Ford has offered Blind Spot Information System (BLIS) technology that can alert drivers to the presence of vehicles in their blind spot using a warning light in the door mirror.

Ford says the new Lane-Keeping System with Blind Spot Assist goes a step further. It is able to apply a gentle force to the steering wheel to discourage drivers from changing lanes into the path of another road user and guide the vehicle away from danger.

Kuga’s Blind Spot Assist radar sensors scan parallel lanes for vehicles up to 28 metres behind, 20 times per second, while driving at speeds from 65 km/h to 200 km/h. An intervention can be automatically activated if the control system senses a lane-change by monitoring road markings using the forward-facing camera, and the technology calculates that the two vehicles are on a collision course.

Lane-Keeping System with Blind Spot Assist can intervene to help prevent collisions with vehicles approaching with a closing speed of up to approximately 30 km/h.

The technology can automatically apply the brakes when travelling at up to 30 km/h to help prevent or mitigate the effects of accidents in scenarios where a driver is turning across the path of an oncoming vehicle, such as commonly encountered at crossroads or mini roundabouts.

One study found that more than one in 10 severe accidents at junctions in Europe involved cars colliding with other cars, vans buses or trucks at crossroads.

And because Intersection Assist operates without the need to detect road furniture such as lane markings or kerbs, it can even intervene in carparks, worksites or other locations without clear markings or traffic priorities.

Both technologies can operate in daylight and in darkness with headlights activated.