Krone has started to equip its vehicles with the newly designed rear underrun guard, which it hopes will reduce the number of fatal rear-end collisions involving trucks.

The introduction of the new rear underrun guard is part of the amendment of the EU directive UN/ECE-R 58 ÄS 03, which will come into force for all commercial vehicle manufacturers throughout Europe on September 1, 2021. 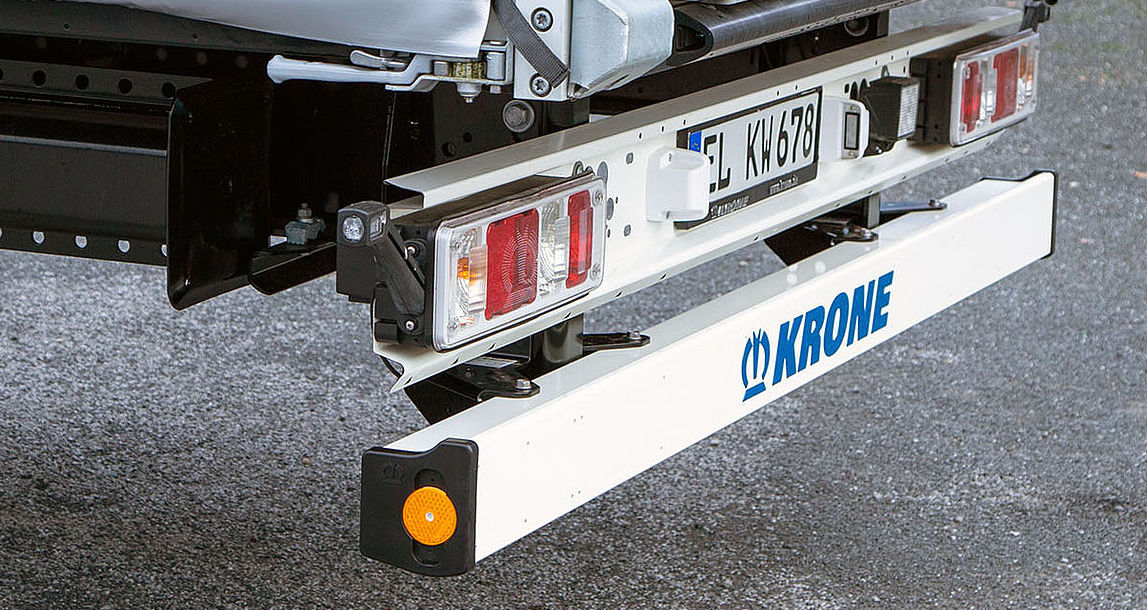 According to research by GIDAS (German In-Depth Accident Study) 60 per cent of all rear-end passenger car collisions on trucks/trailers end fatally.

The new EU directive requires up to a twofold increase in force absorption, longer lever arms and a reduction in the maximum distance to the road surface from 550 mm to 450 mm.

In order to meet the requirements, the Krone developers have used thicker high-strength steels and completely redesigned the entire rear underrun guard.

The new system for the Profi Liner, Mega Liner, Cool Liner and Dry Liner trailers as well as for the Load Carrier trailers now uses bolted instead of welded connections.

If damaged, the new guard is now easier to repair and the supply of spare parts is logistically cheaper.

However, the weight of the new rear underrun guards in the standard range has increased by an average of 22 kg. This is due to the larger dimensions required by law, the higher weight and the use of higher material grades.

They will also cost more, starting at €200 depending on the model and equipment.