The prize is awarded by the AUTOBEST jury consisting of specialized independent journalists from 26 European countries.  The opinion of the jury was: “The matrix light technology is a breakthrough in car lighting systems. After extensive tests performed by many of the AUTOBEST Jury members, the system proved to be so effective it earned the nickname ‘magic’.”  By winning the award, the Astra is continuing the success of the Corsa, which was named the AUTO “Best Buy Car of Europe for 2015”: 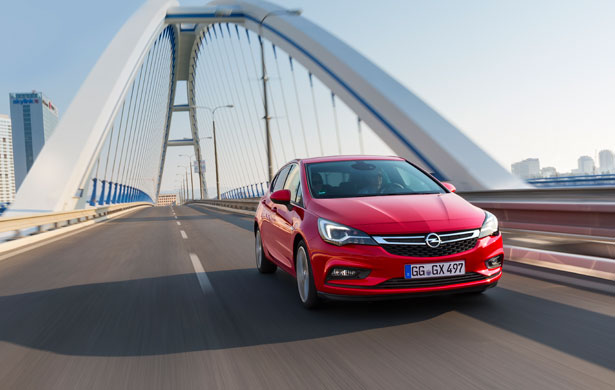 The groundbreaking IntelliLux LED® matrix light system enables driving with glare-free high beams and will be available in the compact class for the first time in the Astra at a precisely calculated surcharge comparable to that of conventional adaptive lighting systems. The IntelliLux LED® matrix light is much more than a pure LED high beam as offered by competitors. The intelligent and dynamic system automatically adapts to the current traffic conditions and always offers the best possible illumination. With the introduction of the powerful LED matrix light, Opel is making state-of-the-art light technology previously only available in more expensive luxury class vehicles available to a wider audience.

“We are democratizing technology by making innovations affordable and bringing them to high volume vehicles. Our new LED matrix light, IntelliLux, is a perfect example. Our integration of the LED Technology provides outstanding night time performance enhancing safety for the driver and those around them,” said a jubilant Charlie Klein, Vice President Vehicle Engineering at Opel.