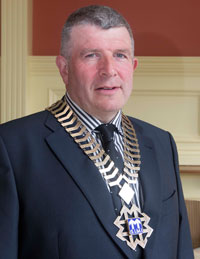 Mark Boggan has been elected President of the Society of the Irish Motor Industry (SIMI), the representative body for Vehicle Manufacturers/Distributors, Franchise Dealerships, Independent garages, Wholesalers, Commercial Vehicle Testers and many other important businesses in the motor industry in Ireland.

A native of Wexford, Mark is the third generation of his family to be engaged in the motor industry. He currently operates two Toyota dealerships in Wexford, Hugh Boggan Motors Ltd is located in Wexford Town and the second outlet is in Gorey. The business also operates a Texaco forecourt and convenience store at the Wexford location.

Speaking at the SIMI’s recent AGM in Killashee House Hotel, Naas, Co. Kildare Mark acknowledged that he “was honoured to take on the role of SIMI President in an Industry that is a huge employer nationally.”
He emphasised the importance of the SIMI’s members and their contribution to the Economy. ”We represent entrepreneurs who provide over 41,000 jobs and help to collect the vast bulk of the €5 billion that the state gains from all motoring taxes.”

He particularly wanted to focus on what the Motor Industry can do to help reduce deaths and serious injuries on our roads. He confirmed that Road Safety will continue be a major focus for the term of his Presidency and will form an important corner stone for the SIMI’s activities. He stated that the SIMI has an important role to play in this regard and will continue to work with all stakeholders to develop its Road Safety initiative.