The latest study from market research institute Ceresana examines how the global market for automotive paints and coatings is recovering from the Covid-19 pandemic.

It claims that despite a massive decline, around 3.4 million tonnes of these high-performance coatings were consumed around the world in 2020.

This study covers the coating of all components that are manufactured by suppliers or vehicle manufacturers and installed in road vehicles.

It examines the use in passenger cars and commercial vehicles – both in new construction and for spare parts. 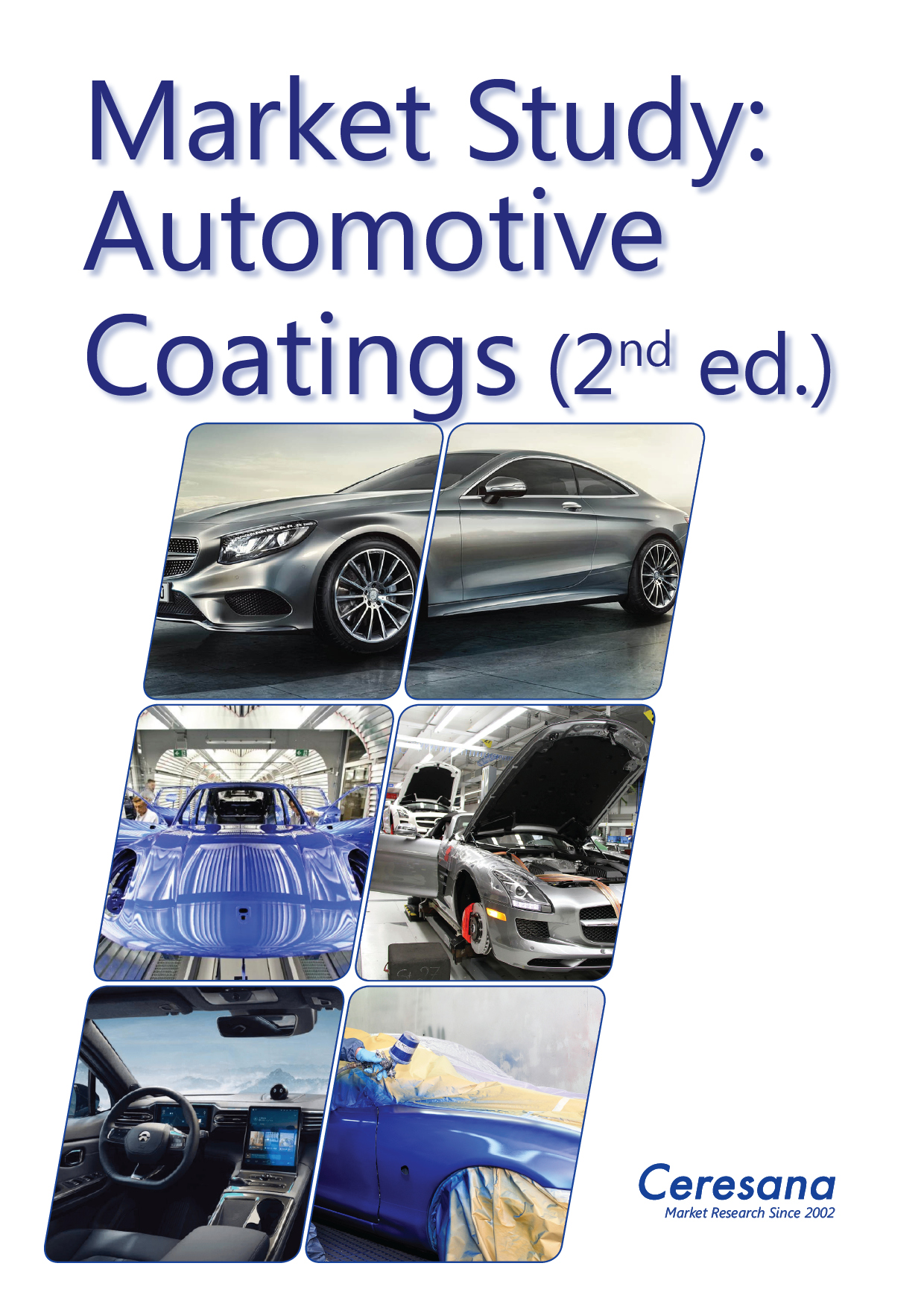 Chapter one of the study provides an overview of the global market for coatings in the automotive industry – including forecasts up to 2030. Demand and revenues are presented for the regions Western and Eastern Europe, North America, South America, Asia-Pacific, the Middle East, and Africa.

Chapter two provides market data for what it describes as the 16 most important countries, i.e. including country-specific demand and revenues.

The third chapter provides company profiles of the most important manufacturers of coatings for the automotive industry, clearly arranged according to contact information, sales, profit, product range, production sites, and profile summary.

Detailed profiles are provided for 56 manufacturers, such as PPG Industries and Akzo Nobel.

The full report can be accessed here.

Elsewhere, Ceresana says that the number of global car registrations is increasing again after declining by around 15 per cent due to the pandemic.

“The financial losses suffered by many households as a result of the crisis will probably continue to have an effect for several years and will influence consumer behaviour,”  Ceresana says in the report.

Ceresana conducted a detailed analysis of the demand for individual coating layers, areas of application, technologies, and product types.

It says he slight time lag is due to the fact that the number of driven kilometres – and thus the demand for refinish coatings – is only gradually increasing again.

The analysts at Ceresana expect the market for basecoats to reach a level of around 1.4 million tonnes in 2030.