The results of three – the Kia Niro, Mitsubishi Outlander and Toyota Prius – show that not all plug-in hybrids offer the same environmental benefits, according to Green NCAP.

It says the Hyundai Nexo – a hydrogen fuel-cell vehicle – demonstrates the promise of this developing technology.

The list of tested cars also includes the full electric VW ID.3 and 19 combustion engine cars, two of which Green NCAP says stand out from the rest – the Skoda Octavia Combi 2.0 TDI and VW Golf 1.5 TSI. 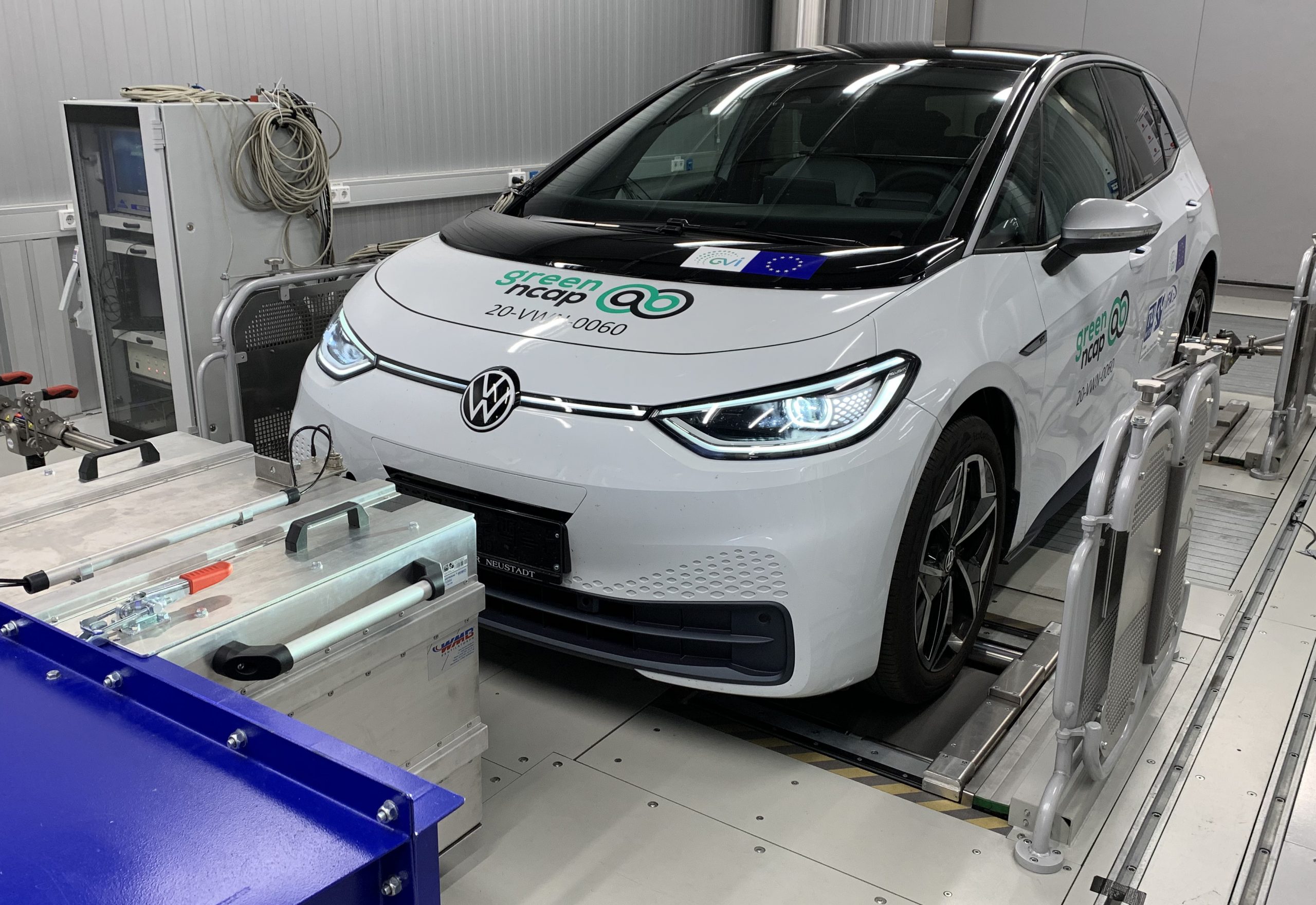 A spokesperson for Green NCAP says: “When it comes to environmental cleanliness, pure electric vehicles outshine the competition and, with rising consumer interest, more and more traditional carmakers are getting serious about electric vehicles.”

The Hyundai Nexo, a hydrogen fuel-cell car, also achieved 5 stars, as it proved to be just as clean as a battery electric vehicle and very nearly as energy efficient. Using a fuel-cell to convert hydrogen into electricity, the Nexo emits only water at the tailpipe.

“The Nexo result clearly shows the huge potential of the technology, but fuel-cell cars are an obvious choice to most consumers only if sufficient hydrogen fuelling stations were available,” the tester adds.

PHEV technology is currently much favoured by manufacturers seeking to reduce their carbon footprint and comply with new emissions legislation. Marketed as offering “the best of both worlds” – battery-powered cleanliness when it is needed with the driving range of a combustion-engined car – Green NCAP says its tests reveal that, even when optimally charged, not all PHEVs are the same.

Toyota’s Prius impresses most with a 4-star rating that beats all but pure electric and hydrogen fuel cell cars, the tester says. The Kia Niro follows closely with 3.5 stars, but the Mitsubishi Outlander only achieved 2 stars, less than some of the latest Euro 6 compliant petrol or diesel cars.

Euro NCAP chairman, Niels Jacobsen, comments: “People want independent, transparent information about the environmental impact of cars. These PHEV results show why that is so important. Consumers could be forgiven for thinking that, by buying a car labelled ‘PHEV’ and keeping it charged all the time, they will be doing their bit for the environment, but these results show that this is not necessarily the case.

“The Outlander shows that a big, heavy vehicle with a limited driving range is unlikely to offer any benefit over a conventional car. On the other hand, Toyota, with its long experience of hybrid technology, has done a terrific job and the Prius, properly used, can offer clean, efficient transport.

“It depends on the implementation and hybridisation strategy but what is true of all PHEVs is that they need to be charged regularly and driven as much as possible on battery power if they are to fulfil their potential.”

The Toyota Yaris Hybrid further underlines Toyota’s expertise in the field of electrification with a respectable 3.5 star rating. But it is matched by two conventionally-engined cars, the diesel-powered Skoda Octavia Combi 2.0 TDI and the petrol-fuelled VW Golf 1.5 TSI. Green NCAP says these are the best results achieved so far by non-electrified cars.

Jacobsen adds: “Euro 6 legislation has made a real difference. For the first time, we’re seeing cars perform in real world driving the way they promise on the test bench and we should congratulate car manufacturers and emissions engineers for the huge strides they have made in the last few years.

“The future looks like it belongs to electric cars of one sort or another but, for now, consumers face a bewildering choice. Green NCAP is here to help them make informed decisions so that we can all contribute now to a cleaner, more sustainable future.” 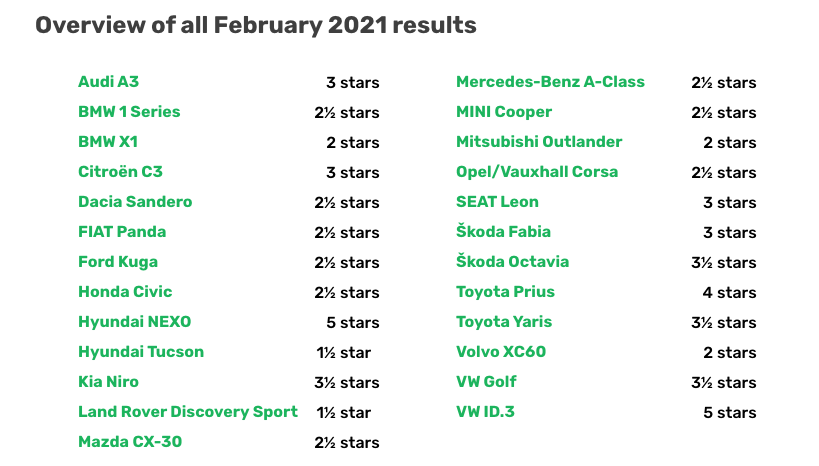