Following a successful sponsorship in 2013, PPG Refinish UK are pleased to announce their continued partnership with British Superbike Team WD-40, run by Yorkshire based GR Motosport. 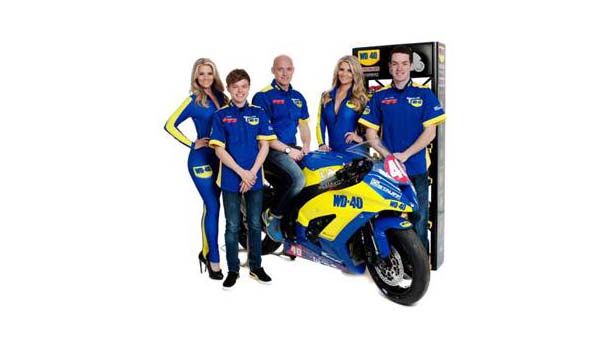 PPG moves into their second year of involvement with Team WD-40 GR Motosport as the teams chosen Paint Partner. PPG DELFLEET® commercial vehicle paint technologies were recommended by the team’s long time commercial vehicle partner F&G Commercials. The craftsmanship of F&G Commercial and the PPG quality products have helped to create the un-mistakable Team WD40 image.
Team WD-40 are going into the 2014 MCE British Superbike Championships with a line up three riders. Team WD-40 will compete in Superstock 1000 with Ben Young, Superstock 600 with Tarran Mackenzie and the British Superbike Championship with new addition to the team Barry Burrell.
2014 will see the PPG brand logo’s proudly displayed on all the teams commercial vehicles and race bikes in the MCE British Superbike Championship Series as the team looks to continue its racing success of 2013.
Brent Gladwin, GR Motosport Managing Director commented: “Team WD40 are extremely proud of the high profile image we have, this was created by a design team and implemented by fantastic craftsmen using PPG’s awesome Delfleet products, it is a cliché but to our Team ‘Look good – Feel good’ means everything to all involved and the teams at PPG Refinish UK and F&G Commercials have delivered this for us!”
PPG Refinish UK Marketing Communications Manager Danni Aiken said: “The partnership between PPG and GR Motosport has gone from strength to strength; and our decision to continue as the Official Paint Partner to Team WD-40 GR Motosport is based upon a proven track record of achievement in the team. 2014 is set to be a great Superbike season and we look forward to celebrating the upcoming successes with the team”
Round 1 of the British Superbike Championship will commence at Brands Hatch on 18th-21st April.