Audi Ireland has passes on some details of the new generation Audi A6 range which was unveiled recently at the Paris Motor show. The A6 has been refreshed with new engine configurations, transmissions, headlights and tail lights and upgraded infotainment systems.

It will arrive in Ireland this November, in time for January 2015 delivery.

From launch, the new generation A6 will be available with a choice of seven powerful yet highly efficient engines. The two petrol and five diesel units offer power outputs ranging from 150PS to 320PS, and comply with stringent EU6 emissions legislation. Two ‘Ultra’ 2.0TDI versions are offered – the TDI 150 and TDI 190 with 109g and 110g respectively providing customers with supreme driving enjoyment along with segment leading efficiency. 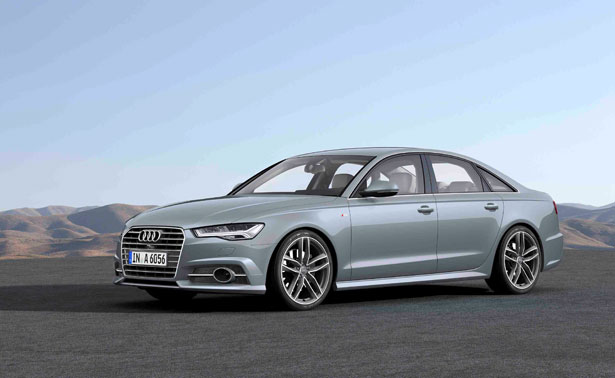 Audi Ultra is the umbrella term Audi use for all efficiency technologies and sustainability. It can be particularly showcased by a CO2 champion in each range which proudly wears the ‘Ultra’ badging. The top of the range engine, the 4.0-litre TFSI, is available in the Audi S6. It now delivers 450PS of power and uses innovative COD (cylinder on demand) technology to emit just 214g CO2.

The 3.0 TDI 320HP BiTurbo is mated to an eight speed tiptronic transmission. All other engine variants are linked to either a newly designed six speed manual gearbox that is particularly lightweight and low-friction, or a seven speed S-Tronic twin-clutch transmission which replaces the familiar eight-speed multitronic box. S-Tronic can be specified on all engines for a premium of only €2,300 enabling customers to enjoy lightning fast gear changes with even greater efficiency.

With the introduction of the refreshed A6, Audi Ireland has comprehensively improved the cars already generous standard equipment. Xenon lights, MMI navigation, acoustic glass and an anti-glare interior mirror are now standard in all SE versions and above.

Confirmation of Audi’s Vorsprung durch Technik ethos comes with the introduction of a new Technology package. Featuring MMI Navigation plus, Audi Connect, Bose surround sound, head up display and reverse camera it reinforces the A6 as a technical tour de force.

Audi claims that the new A6 leads the competition in terms of infotainment. The top system, MMI Navigation plus with MMI touch, utilises the latest generation of the modular infotainment system; its highlight is a powerful graphics processor from Audi’s partner Nvidia. Touchpad control allows the driver to scroll and zoom in on lists and maps. The perfect supplement to MMI Navigation plus is Audi connect, which links the car with the Internet via the 4G or LTE high‑speed data transmission standard. The Audi phone box connects the driver’s mobile phone to the car antenna for improved reception.

The new Audi A6 is available to order now and will begin arriving at dealerships in November 2014. Its entry price in Ireland will be €44,750 OTR and will be available on PCP through Audi Finance from €429 per month.